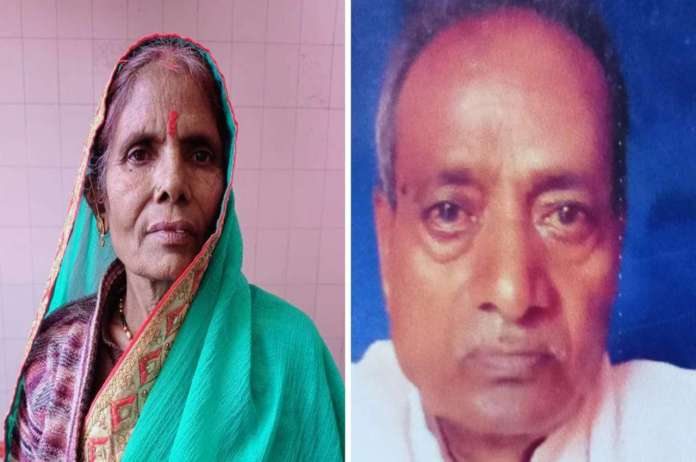 In a case of unique love, after an old man died in Gwalior, Madhya Pradesh, his wife also died. The village is in sorrow as a result of this catastrophe. This case is about the hamlet of Chitoli in Bhitarwar. A man named Ramesh Chandra Khatik died here. When Ramesh’s wife, Chatro Devi, saw it, she died as well. The funeral procession for both was then brought out jointly, and the final rituals were also performed on the same pyre.

According to the information, Ramesh Chandra Khatik, 70, and his wife, Chatro Devi, 68, of Chitoli village in Bhitarwar, were sleeping after supper on Friday night. Meanwhile, Ramesh Chandra woke up in the middle of the night to use the restroom and collapsed. He died soon after.

When family arrived, both had already died

Relatives said that when they saw both of them unconscious, they realised they were dead. People began to arrive from all around as soon as they learned about it. The couple’s demise became widely publicised in the neighbouring community. A significant number of people joined the mourning family members on the final journey.

Following this, their ashes were incinerated on the same pyre. Chatro Devi was a previous district panchayat member, and Ramesh Chandra was known as Ramesh Netaji in the Khatik region. Mourning has spread across the town as a result of this occurrence.

Read More :- UP CRIME: WIFE, HER LOVER KILL HUSBAND AS HE FOUND COUPLE IN OBJECTIONABLE POSITION