Police booked a man allegedly for carrying airgun with him to shoot stray dogs if they would attack while he was walking kids to madrassa. 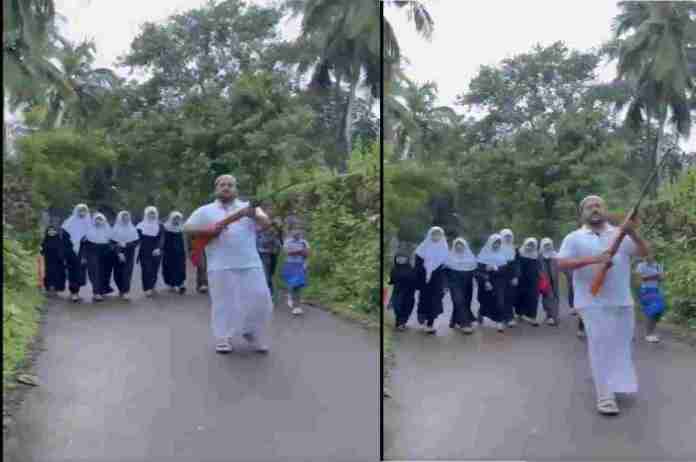 New Delhi: The Bakal Police Saturday booked a man allegedly for carrying airgun with him to shoot stray dogs if they would attack while he was walking kids to madrassa.

Sameer, who is a resident of Kasargod district was protecting children from stray dogs. In a video that went viral on social media, Sameer can be seen holding gun and saying that he would shoot dogs if it attack.

Brandishing a gun in India to kill animals !! This cld only happen in #Kerala that has a history of violence, unscientific & unethical treatment of animals. It reflects in the way women &children are treated there too. Kerala is unsafe because of violent goons such as this. pic.twitter.com/AQQeACnkhl

The police informed that a case has been registered under IPC Section 153 (wantonly giving provocation with intent to cause riot).

Meanwhile, Sameer told media that he was forced to do so as his kids and that of neigbhours’ stopped going to schools fearing stray dogs. He implied that it is his responsibility to protect his children.

Meanwhile, the state government has started a state-wide mass vaccination campaign to vaccinate stray and pet dogs. The campaign will take place between September 20 to October 20. It will also open more Animal Birth Control centres.