‘I will fail in final exam…’: Professor makes obscene demand from girl student, then THIS happened… 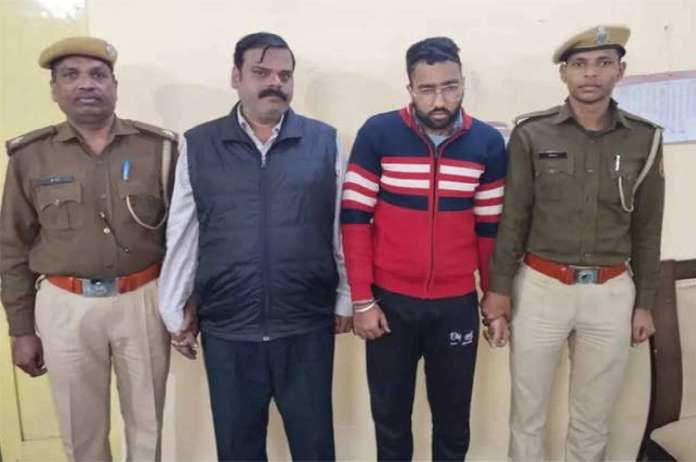 Kota: A disturbing case has emerged from Rajasthan’s Kota where a teacher broke the decorum of the relationship with a student . A final-year student in the electronics department has filed a complaint against Rajasthan Technical University Professor Girish Parmar for pressuring her for sexual favours and claimed that he threatened her with failure if she refused.

According to the report, the claimed that Professor Girish sent her a proposal for sex via a student. An audio recording of Parmar and the victim’s classmate conversing is also becoming popular on social media. The lecturer says really vulgar things about the unfortunate girl in this audio.

According to the police complaint, the final year student of the electronics department lives in the hostel. Professor Girish pressed her for sexual favours. When the student declined, the professor failed her in the final year exam because of her unusual behaviour.

After that, he began pressuring the student to accept the offer, and when she refused, the girl filed a report. The victim also claimed that the professor had done similar things to her and other girls. He blackmailed and harassed them.

On Tuesday, December 20, a case was filed against the accused. A case has been filed under Indian Penal Code sections 354D and 509.

The accused professor of Rajasthan Technical University in Kota was arrested on Wednesday, December 21, 2022.

“The final-year student filed a police complaint stating that the professor sought to exert pressure on her through a classmate,” said Deputy Superintendent of Police Amar Singh Rathore. “Along with the professor, the classmate was also apprehended.”