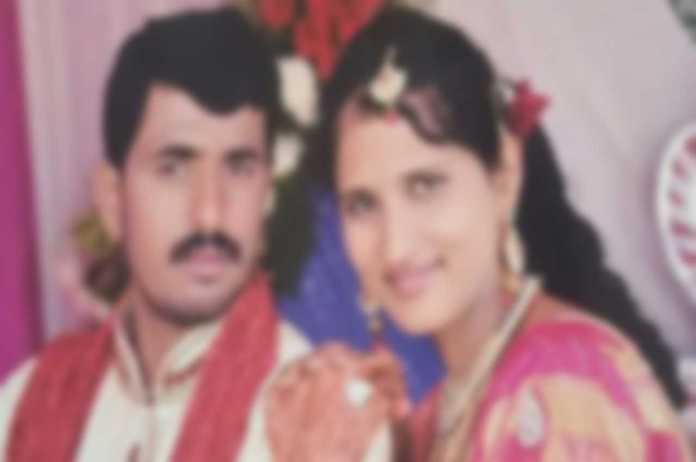 Bengaluru: Chaitra and Shivakumar were married for 7 years. A beautiful baby girl also entered their lives. But as time passed, the love in their relationship faded and the fights escalated to the point where the matter ended up in court. There was also a court hearing on the separation of both. The judge gave them both a chance to repair their relationship, but they had no idea that the husband would turn into the devil as soon as he left the courtroom. The incident occurred in Karnataka’s Hassan district.

The incident occurred on the grounds of Holenarasipura Town Court on August 13. The divorce proceedings between Chaitra and Shivakumar were being heard in court. Both had agreed to live together after counselling in court. The husband was forced to return home with his wife and child. However, Shivakumar’s mind was taken over by evil. He slit his wife’s throat in front of a packed courtroom and even charged at the child. She was fortunate that Shivakumar was stopped and she was saved.

The accused, Shivakumar, is from the Holenarasipura taluk, while the woman is from Thattekere village. They both married seven years ago. The divorce case between Chaitra and Shivakumar was being heard in Narsipura court. On Saturday, a Lok Adalat was held at Narsipura Court. With the child’s future in mind, the court requested that the couple withdraw their divorce petition and settle the matter amicably. Both received counselling for about two hours. He then withdrew his divorce application.

Shivakumar, however, became uncontrollable after leaving the courtroom and murdered his wife. He also used a knife to attack the daughter. However, he was apprehended and turned over to the police. Imagine what the innocent girl must have felt when she witnessed her mother being murdered at the hands of her father. She will have to live with this pain for the rest of her life. The mother’s lap was left empty, and the father would spend the rest of his life in prison. Suddenly, an innocent’s world was destroyed.