Group of women beat up man outside Raipur Airport 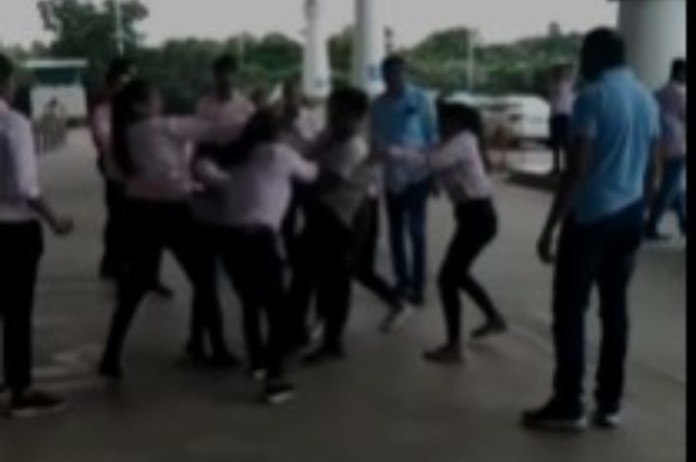 New Delhi: Social media has been flooded with a horrific video showing a group of ladies brutally abusing a man outside the Raipur airport. The incident happened on Sunday at Raipur’s Swami Vivekananda International Airport, and one of the observers recorded it.

In the footage, the very enraged ladies were seen repeatedly striking and slapping the man in the course of an alleged financial disagreement. While he was trying to run away from them, they even tore his clothing.

As per NDTV, both parties filed a case at the Mana police station in Raipur after the event. The man has been identified by regional media as Dinesh, an auto taxi driver for Rahul Travels. Dinesh claimed in his police report that despite having previously worked for the travel agency, he did not get pay for the months of May and June of this year.

The man claimed that when he arrived at the business’ office to collect the overdue payment, the staff members began acting rudely and arguing with him. Dinesh claimed that the group of women started assaulting and punching him when he requested for the manager’s phone number.

The incident’s video has also appeared on a number of social media websites. Action against the criminals has been urged by Dinesh.

Meanwhile, earlier this month, another horrific video of two ladies fighting at Nashik’s Pimpalgaon toll plaza went popular on the internet. One of them was a toll plaza worker, and the other looked like a passenger. Before witnesses intervened to break up the fight, the two could be seen repeatedly slapping each other and tugging each other’s hair in the video. Allegedly, the incident was caused by toll costs.