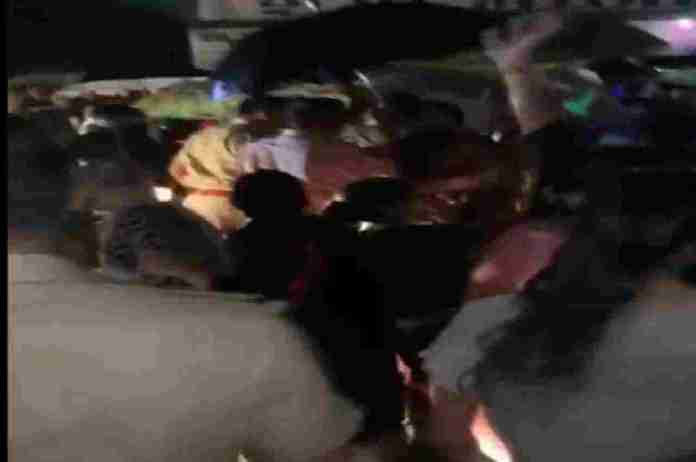 Jamdoli (Rajasthan): Amid lashing rain on Saturday night, a number of girls here thronged roads to protest against an alleged molestation by a local miscreant. As a protest, they blocked Jaipur to Agra highway.

A video of the incident has surfaced in which the protestors can be seen settling down on the road hindering the movements of vehicles. The women and the police personnel were seen having a physical confrontation during an attempt to disperse the crowd.

The police has registered an FIR against the miscreant.

#WATCH | Girls of govt hostel in Jamdoli area of Jaipur, Rajasthan blocked the Jaipur-Agra Highway yesterday & staged a protest against the alleged molestation of a peer by a local miscreant.

“FIR has been registered,” says a police official