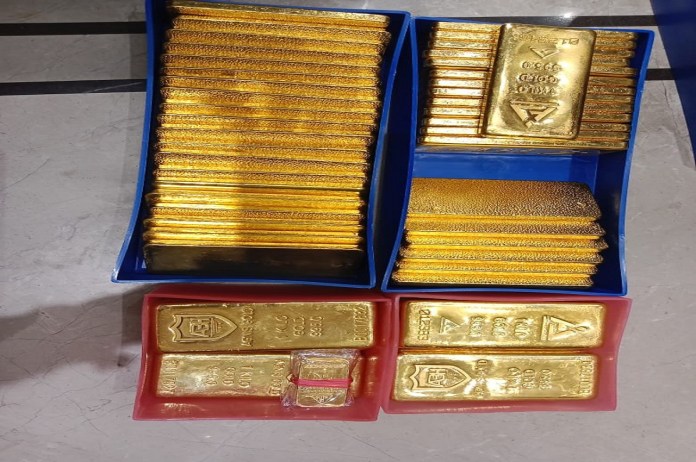 The raids were conducted in connection with the money laundering probe against Parekh Aluminex Ltd. During the raid, the ED searched secret lockers from which 91.5 kg gold and 340 kg silver worth Rs 47.76 crore have been seized.

The raids were conducted at the premises of Raksha Bullion and Classic Marbles in connection with a money laundering case against a company named Parekh Aluminex Ltd, the agency said in a statement.

ED concluded searches on 4 premises belonging to Raksha Bullion & Classic Marbles. The searches were conducted in connection with the money laundering probe in case of Parekh Aluminex ltd. Seizure of 91.5 kg gold and 340 kg silver, valued at Rs 47.76 Cr has been made: ED https://t.co/XjlRcvnIb3 pic.twitter.com/9wuwCYWIeP

During the raid, keys of some secret private lockers were found from the premises of Bullion Company.

A total of 761 lockers were searched

The ED said that during search of private lockers, it was found that the lockers were being operated without following proper norms. No KYC was followed and there were no CCTV cameras in the premises and no inside and outside registers.

There were 761 lockers in the complex, out of which three were of Raksha Bullion.

On search, 91.5 kg gold (bar) and 152 kg silver were found in two lockers, which were confiscated, the statement said. An additional 188 kg of silver was also seized from the premises of the Raksha Bullion. The Enforcement Directorate said that the total value of the seized gold and silver is Rs 47.76 crore.

The money laundering case against Parekh Aluminex Limited dates back to March 2018, when it was alleged that the company defrauded banks and took loans of Rs 2,296.58 crore.

The Enforcement Directorate claimed that the money was then laundered through various companies.

The agency said, “The money was diverted to various accounts with reference to providing unsecured loans and investments. This was not the purpose of taking the loan and there was no settlement for such transactions.”

The ED had earlier attached assets worth over Rs 205 crore in this case in 2019.