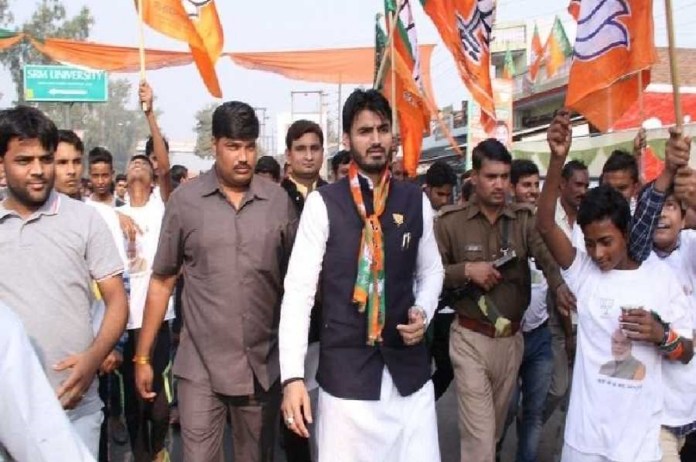 New Delhi: Politician Shrikant Tyagi, who was arrested in August for assaulting a woman in a residential complex in Noida, was released from jail Thursday, officials said.

Tyagi was lodged at the Luksar jail in Greater Noida since August 9, in connection with a Gangsters and Anti-Social Activities (Prevention) Act case. He was granted by the Allahabad High Court on Monday.

Tyagi walked out of the jail around 6.30 pm and was headed home at the Grand Omaxe society in Noida Sector 93B.

Police registered a case against Shrikant after a video went viral on social media for assaulting and abusing a woman at the Grand Omaxe Society in Noida on August 5.

The 34-year-old was booked under IPC sections 354 (outraging modesty of woman and assault), 447 (criminal trespass), 323 (voluntarily causing hurt), 504 (intentional insult) and 506 (criminal intimidation) and was arrested on August 9 from Meerut by the Noida police.