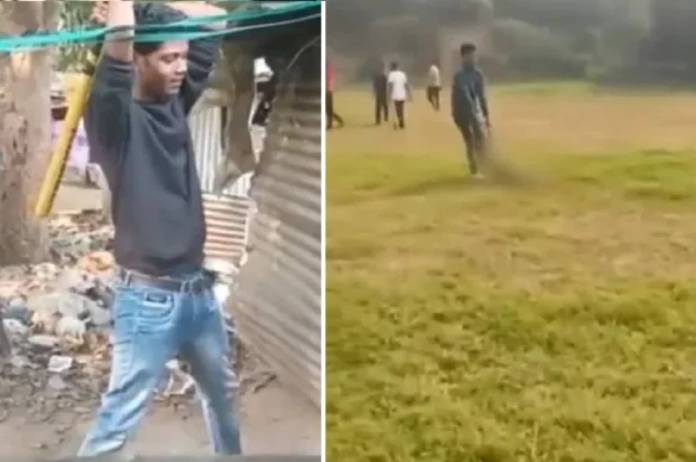 New Delhi: In a shameful incident in the national capital, a group of unidentified men brutally beaten a pregnant stray dog to death in New Friends Colony area.

A video of incident went viral on the social media, attracting severe criticism. The group first assaulted the pregnant dog and then, dragged her in a garden.

As per several media reports, the dog was also gang-raped by the group of men.

Meanwhile, officials informed that a video of the incident has come to light, and locals of the area in their complaint to police alleged that the accused are students of a nearby college.

Based on the complaint, a case has been registered against the unidentified persons at NFC Delhi Police station, and a search to nab the accused is on.

“The accused beat up a white street dog at New Friends Colony area with sticks, and later dumped it at an open field,” the local people alleged in their complaint to the police.
They also submitted videos of the incident and claimed that the dog was pregnant and died due to the attack. Videos of the incident have also gone viral on social media.

“On the basis of their complaint, a case under section 429, and 34 of IPC and also under section 11(1) of the Prevention of Cruelty to Animal Act 1960 has been registered,” the police said while adding that a probe has been initiated to identify and trace the accused.