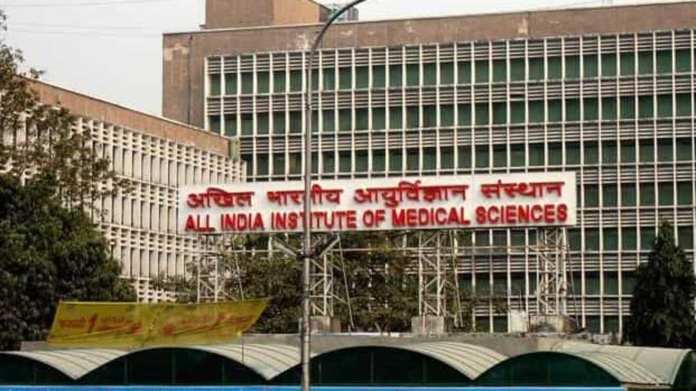 New Delhi: Following backlash, the letter by AIIMS Director Dr M Srinivas regarding speacial medical care arrangements for sitting MPs at the All India Institute of Medical Sciences (AIIMS) Delhi has been withdrawn on Friday with immediate effect.

“Latter dated October 17, on the subject regarding medical care arrangement for sitting Members of Parliament in AIIMS may be treated as withdrawn with immediate effect, the AIIMS letter to YM Kandpal, Joint Secretary, Lok Sabha read.

The letter by AIIMS Director Dr M Srinivas regarding medical care arrangements for sitting MPs in AIIMS has been withdrawn with immediate effect. https://t.co/5aPXLJBAF9 pic.twitter.com/x7mE8i9sxF

In the previous letter, AIIMS director M Srinivas had listed SOPs for the outpatient department (OPD), emergency consultation and in-patient hospitalisation of sitting MPs of both the Lok Sabha and the Rajya Sabha.

In the letter, Dr Srinivas said duty officers from the department of hospital administration will be available at the AIIMS control room round-the-clock to coordinate and facilitate arrangements.

“The duty officer will be the Nodal Officer to coordinate and facilitate requisite medical care arrangements for Hon’ble Sitting MPs,” said the order adding those on shift will ensure their hassle-free admission.

The order also mentioned special phone and landline numbers which will be made available for the MPs to contact officials and doctors of the All India Institute of Medical Science.

The Federation of Resident Doctors Association (FORDA), however, questioned the move highlighting that the special privilege to the MPs might come at the cost of ordinary patients.

It said in a tweet, “We condemn VIP culture. No patient should suffer at the cost of another’s privileges. THAT being said, having a protocol to streamline things should not be viewed as derogatory, provided it doesn’t hamper patient care.”