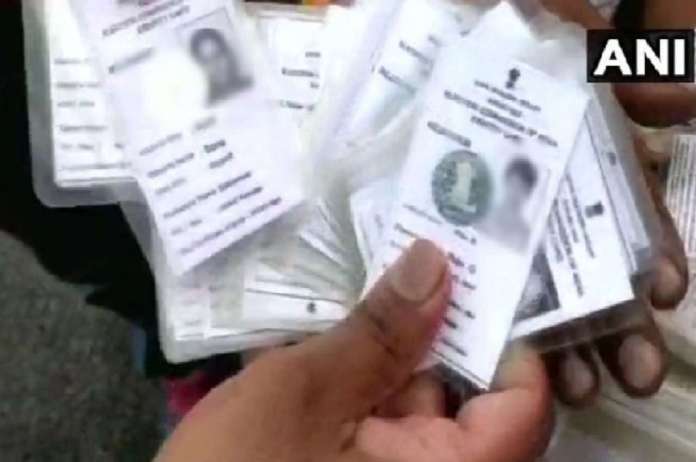 New Delhi: After considerable delay and political drama, the Municipal Corporation of Delhi (MCD) elections to elect 250 councillors have finally commenced in the national capital. Today, December 4, the polls are open from 8 am to 5:30 pm. The results of the elections will be announced on December 7. According to State Election Commission authorities, the total number of voters in Delhi is 1,45,05,358, with 78,93,418 men, 66,10,879 women, and 1,061 transgender individuals. There are 250 wards in the Municipal Corporation.

The groundwork for the high-stakes civic elections has been laid, with poll officials and security personnel gearing up for a three-way race between the AAP, the BJP, and the Congress. More than 1.45 crore voters are eligible to vote in the Municipal Corporation of Delhi’s 250 ward elections, with 1,349 candidates competing.

Meanwhile, the State Election Commission has raised the standard of polling station facilities from Basic Minimum Facilities (BMF) to Assured Minimum Facilities (AMF). As a result, the Commissioner of Municipal Corporation of Delhi and other relevant agencies have been given instructions to ensure that every Polling Station has AMF for the convenience and facilitation of voters, such as drinking water, a shed, a toilet, a ramp for physically challenged voters, a standard voting compartment, and so on.

Voters must, however, bring their voter ID card and vote with it when they vote. When you vote, you may not have your voter identification card, also known as an EPIC or voter’s ID, with you. Is that to suggest you can’t vote? Not at all. Other documents, in addition to a Voter ID card, can be used as picture identification verification. However, in order to vote without a Voter ID card, your name must be on the voter list or electoral list.

Documents required if you vote without a Voter ID

The Municipal Corporation of Delhi election will be held using ECIL M-2 model EVMs at all voting stations. The Commission has already devised intricate measures to ensure that an adequate number of EVMs are available to facilitate the smooth conduct of the election.

Approximately 40,000 police officers, 20,000 house guards, and 108 companies of paramilitary and state armed police forces would be deployed, according to officials, to ensure the smooth conduct of the MCD election. They also indicated that 60 drones will be utilised to keep the peace in vulnerable locations.

In addition, all wholesale and retail marketplaces in the national capital would stay closed due to municipal body elections, according to a traders’ association. According to the Chamber of Trade and Industry (CTI), major markets such as Lajpat Nagar, Gandhi Nagar, Krishna Nagar, Kamala Nagar, Karol Bagh, and Laxmi Nagar would stay closed.