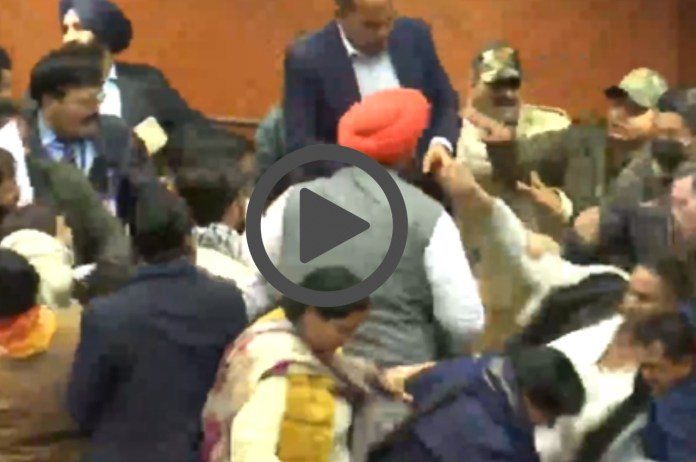 New Delhi: The Civic Centre in Delhi witnessed a huge ruckus before the commencement of voting for the Mayor post. Delhi is set to elect its first solo mayor in ten years after the Municipal Corporation of Delhi (MCD) was unified last year.

In the latest, Aam Aadmi Party (AAP) has won the Municipal Corporation of Delhi (MCD) election with 134 seats.

AAP has fielded Aale Mohammad Iqbal and Jalaj Kumar against Ram Nagar corporator Kamal Bagri for the post of deputy mayor. The AAP ended the 15-year-long rule of the Bharatiya Janata Party in the MCD elections held on 4 December.

Voting will be done through ballot paper

All the preparations regarding the elections have been completed. First of all, the oath of office and secrecy will be administered to the newly elected councillors. After this, the mayor and deputy mayor will be elected through ballot paper from 11 AM.

Delhi CM and Aam Aadmi Party supremo Arvind Kejriwal has accused the LG of being a representative of the Centre. According to Kejriwal, the Lt Governor is trying to influence the MCD mayoral election and is deliberately choosing such members so that the corporators turn to the BJP in a biased manner.

As many as 273 members will vote in the Mayor’s election. A figure of 133 is needed for a majority. AAP has 134 councillors. Apart from this, there are 3 Rajya Sabha MPs and 13 MLAs.

At the same time, BJP has a total of 113 votes including 7 MPs and 1 MLA. There are 9 councilors of Congress and two councilors of Independents.