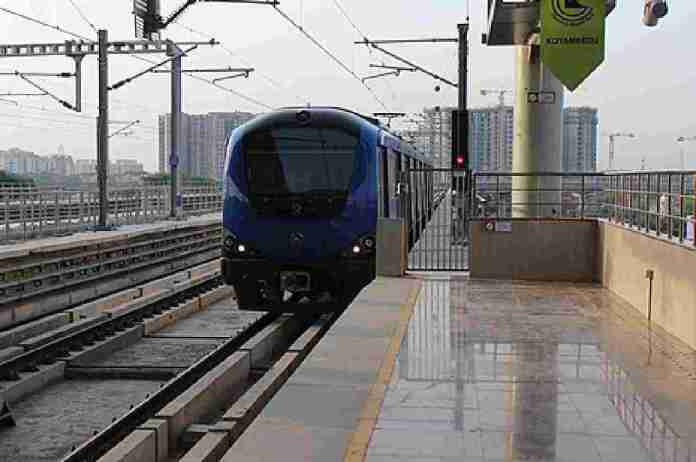 Chennai: Work for the second phase of the Chennai Metro Rail that began recently is progressing at a fast pace and will introduce driverless trains that will be run solely on signals, an official said.

“Work for phase II of Chennai Metro Rail is going at a very fast pace. Phase II will be totally based upon Unattended Train Operation. There won’t be any drivers; trains will run on signals,” said Director (Systems -Operations), Chennai Metro Rail, Rajesh Chaturvedi.

“The estimated cost of the project is Rs 63246 crore. This proposal is under the process and approval of the Government of India. The project is proposed to be completed by the end of 2026,” read an official statement by Chennai Metro Rail.

The project was completed at a cost of Rs. 3,770 crore. The 9.05 km long extension linked north Chennai with the Airport and Central Railway Station.

He also inaugurated the fourth Railway line between Chennai Beach and Attipattu. This 22.1 km section, laid at a cost of Rs 293.40 crores, traverses through Chennai and Thiruvallur districts.