Bride could not prove virginity on first night, husband and Panchayat does THIS shameful act 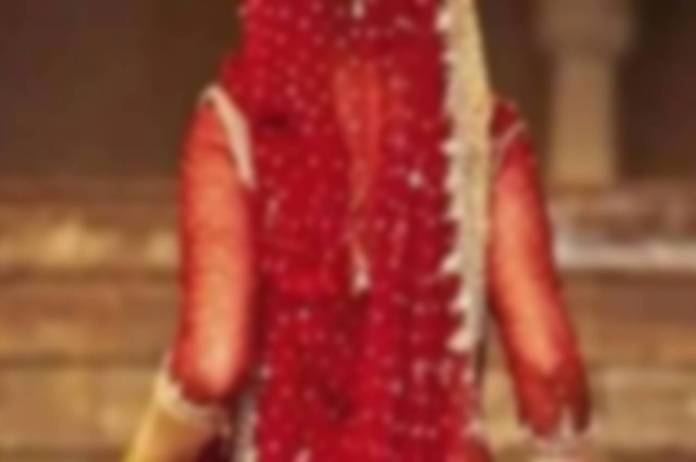 Bhilwara: An embarrassing incident has occurred in the Bagor police station area of Rajasthan’s Bhilwara district. After a girl failed the virginity test after marriage, her in-laws kicked her out of the house. As a result, the accused in-laws contacted the village panchayat. When the Tughlaqi decree was issued, the Panchayat fined the girl and her family Rs 10 lakh.

According to the information, a girl was harassed after her marriage because she allegedly failed the virginity test. At the same time, the girl’s family is constantly harassed for not contributing financially.

On May 11, 2022, a 24-year-old girl from Bhilwara married, after which she had her virginity tested according to her society’s traditional kukdi practice, which she failed. It is well known that the new bride passes the virginity test only if she discovers a blood stain on the sheet.

According to media reports, the incident occurred in the Bagor police station area of the city. On May 11, 2022, a 24-year-old local girl was married in Bagor. The girl was tested for virginity after marriage under the kukdi system, but she failed.

When her husband and in-laws inquired as to why she had failed the test, the girl stated that a young man in her neighbourhood had raped her prior to marriage. The in-laws were enraged when they found out. The girl was brutally beaten by her husband and mother-in-law.

The relatives of the bride filed a complaint with the police regarding the Panchayat’s decision. At the same time, the police enquired after receiving the complaint, and the matter was found to be correct, so the investigation began on Saturday night by filing a case against the married woman’s husband and father-in-law.

According to Mandal DSP Surendra Kumar, the investigation was conducted after receiving the victim’s family’s complaint, and it was discovered that after the victim’s marriage, kukdi was practiced, which she failed, after which the Panchayat was called and a hefty fine of Rs 10 lakh was levied.

Earlier, News24 English warned about the same kukdi ill-practice: Horrible! Brides are made to undergo ‘white bedsheet’ virginity test at THIS place, stripped naked for failing it

Kukdi has been practiced for a long time in Rajasthan’s Sansi society (only limited to a small group of people of the society). This is a terrible practice in which women are required to prove their purity, i.e. virginity. On the day of the honeymoon, the husband brings his wife a white sheet. When he has a physical relationship, the blood mark on that sheet is revealed to the society the following day. If there are blood traces, his wife is considered holy.

If no blood is found on the sheet, Panch Patel of Jatiya Panchayat demands more dowry from the girl’s family. Sometimes the girl’s family members are shunned by society. Along with this, financial punishment is imposed on the family in order for them to be accepted into society.