‘My liver is 75% damaged, you must get it checked in time’: Amitabh Bachchan appeals in Indore 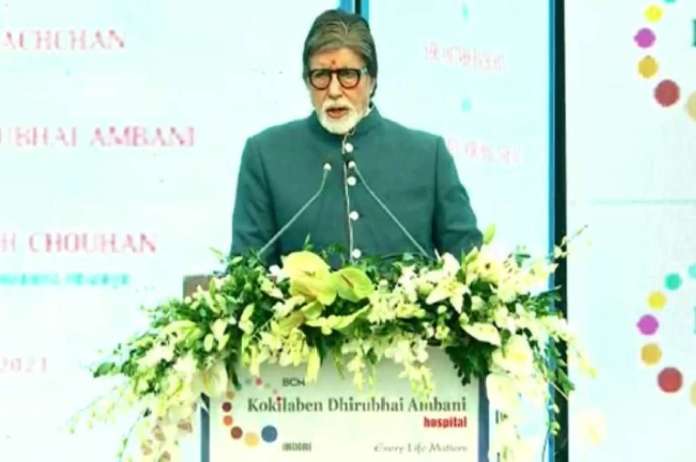 After the inauguration, Amitabh Bachchan shared an anecdote from his life, saying, ‘we should check our health in time because I also came to know from the test that my liver was 75% damaged, I was given blood without test, due to which I became positive with Hepatitis B, but due to wrong blood, 75 percent of my liver was damaged. I am currently surviving on 15% liver. That is why everyone should complete their checks on time.’

During the filming of Coolie, Amitabh Bachchan was hurt. Today, he informed Indore that ‘when he was injured in 1982, he supplied the blood of a guy who was suffering from Hepatitis-B disease and he was not even evaluated,’ and that he was only examined in 2006. It was discovered that 75 percent of his liver had been destroyed as a result of his blood.’ Amitabh stated in a message to the people that everyone should get examined.

Amitabh was hurt while filming Coolie

Coolie, a film starring Amitabh Bachchan, was released in 1983. Amitabh Bachchan was critically injured in a fight sequence with Puneet Issar in the film. Where there was a lot of blood loss in Big-body B’s owing to internal bleeding. Amitabh was given the blood of a Hepatitis-B infected person after 60 bottles of blood were collected from roughly 200 donors in a rush to offer them. He developed liver cirrhosis as a result of the Hepatitis-B virus.

Indore received a significant present today when the Kokilaben Dhirubhai Ambani Hospital opened in the city. The hospital will provide all world-class health services, making it easier for patients. Patients of all categories will no longer have to travel for treatment.