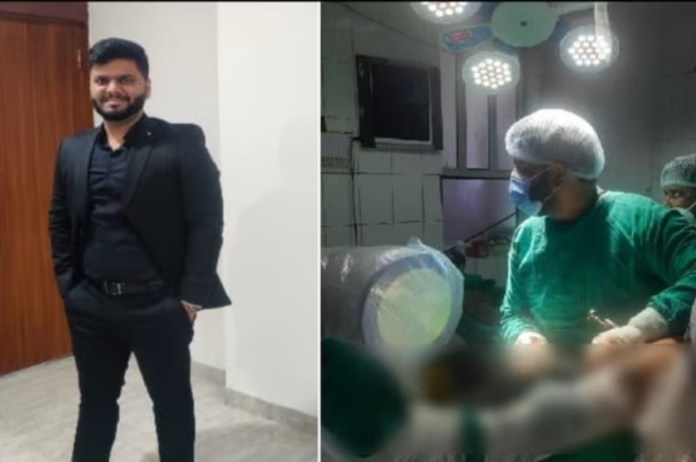 Dehradun: Senior Resident Orthopedic Dr. Shashank Singh, posted at Uttarakhand’s largest Government Doon Medical College, has set an example of humanity. He gave one unit of blood to the first patient. After this, the operation of broken bone from many places of the thigh was done.

This doctor set an example, first donated blood to the patient, then saved his life by performing an operation

Patients usually complain about the behavior and treatment of doctors working in government hospitals. But, Shashank Singh, an orthopedic doctor of Government Doon Medical College, proved how serious the doctors are towards the patient by giving blood to the patient before the operation.

Here is what happened

On November 7, 60-year-old Awadhesh, a resident of Dehradun, was seriously injured after falling into a deep pit. His chest, arm and thigh bone are broken. He was admitted to Doon Medical College for treatment. Due to fracture in chest, left arm and thigh bone, the condition of the patient got cured after keeping him in ICU for three days.

After this the doctors decided to operate on his thigh bone. The operation was to take place on 23 November. But, due to lack of blood, the operation could not be done. He needed two units of blood. The only daughter of the patient.

She was ready to give blood but could not give blood due to skin infection. Along with this, the people who knew the patient also refused to give blood. When the treating doctor Shashank Singh came to know that blood was not being arranged, he himself gave blood.

After this, the patient’s thigh bone was operated. The head of the department Dr. Anil Joshi supported in the operation. Principal of Doon Medical College, Dr. Ashutosh Sayana has appreciated the efforts of Dr. Shashank Singh and his team. He said that every doctor and staff should have this kind of feeling towards the patient.