After Uttarakhand, cracks appear to show in UP as well; First Aligarh, now Baghpat… 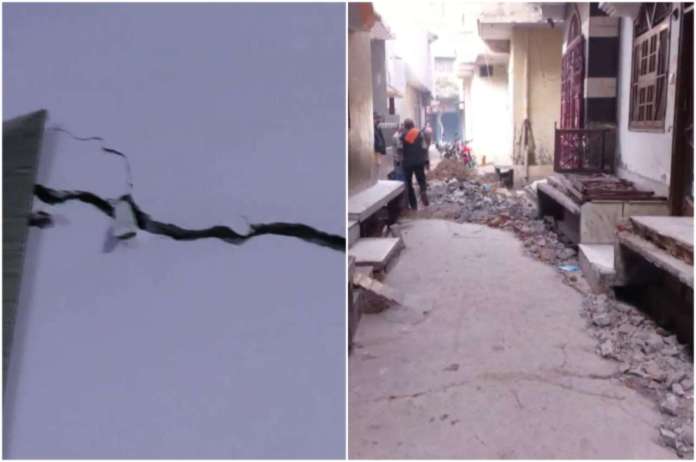 Baghpat Sinking: Following Joshimath and Karnaprayag in Uttarakhand, a succession of cracks in houses and buildings have begun in Uttar Pradesh due to subsidence in the terrain. On Thursday, fissures were also spotted in Thakurdwara, Baghpat district, after Aligarh. The administration has begun an investigation into the incident.

According to reports, the locals are in a state of panic. In this case, the Additional District Magistrate (ADM) of Baghpat stated that cracks were discovered in four to five residences in the district’s Thakurdwara region. He stated that the administration is looking into the situation. The cause and solution to this problem will be discovered soon.

We have received information that 4-5 houses have developed cracks. SDM has been asked to reach the spot. We will find a solution soon: ADM Baghpat pic.twitter.com/exNOzWqdSA

According to a local media report, approximately 25 residences in this area have many cracks, some of which are significant. According to the report, there is a general sense of terror among the locals. People claim that there has been water line leaking since the underground gas pipeline was installed. It is feared that the ground is sinking as a result of this.

Last week, cracks were discovered in scores of houses in Kanwariganj, Aligarh, Uttar Pradesh. Locals were alarmed as fractures formed in their homes as a result of substandard work done during the Smart City project’s pipeline laying.

Following this, Aligarh Municipal Corporation’s Additional Municipal Commissioner Rakesh Kumar Yadav told the media that officials visited the area following a complaint from the locals. A preliminary report was due shortly. Following that, further action will be taken.