1 dies while 100 fall sick in Kerala, Govt runs inspection at over 400 food outlets 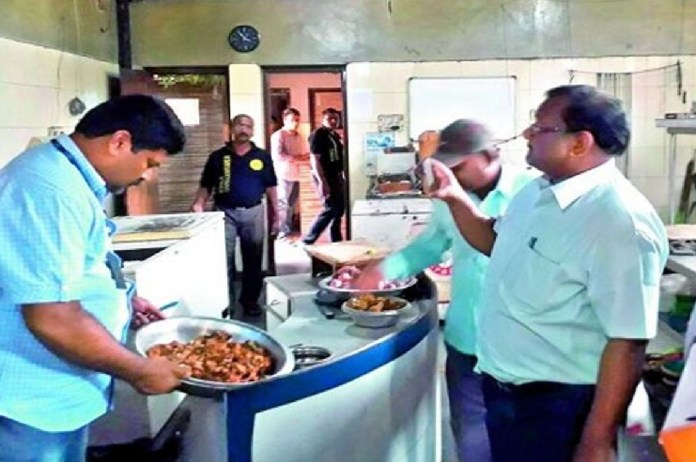 Thiruvananthapuram: The Food Safety Department of Kerala government has closed as many as 43 hotels after conducting inspection in 429 establishments across the state. This come after the death of a woman through a suspected food poisoning incident at a religious event.

The young woman died in Kottayam after allegedly having food from a hotel. Meanwhile, nearly 100 people fell sick.

After carrying out the operation, the state health ministry informed that the said out of the 43 establishments, at least 21 establishments did not have the licence.

It further informed that there were a lack of cleanness at 22 establishments. Taking note of which, these establishments have been suspended from carrying on with their business.

The ministry has also issued notices to 138 institutions whereas 44 food samples have been sent for testing. The inspections would be continued intensively across the state.

On Sunday, Kerala Health Minister Veena George ordered the probe into a suspected food poisoning incident in which over 100 people fell ill. The incident occurred in the Keezvaipur area of the Pathanamthitta district of Kerala.

The affected people have been admitted to various hospitals in the district where they are currently undergoing treatment.

The Kerala Health Minister ordered an enquiry into the matter and the Food Safety Commissioner was instructed to conduct the probe and submit a detailed report.

The incident occurred on Thursday, December 29 when people attending a baptism ceremony consumed food at the event.

After returning home, they started falling ill and were admitted to various hospitals.

Police have already registered a case against the catering service agency which supplied food at the function.

Food samples from the event venue were collected by the police and sent for testing.

Cases have been registered under sections 268, 272 and 269 of the Indian Penal Code against the catering agency