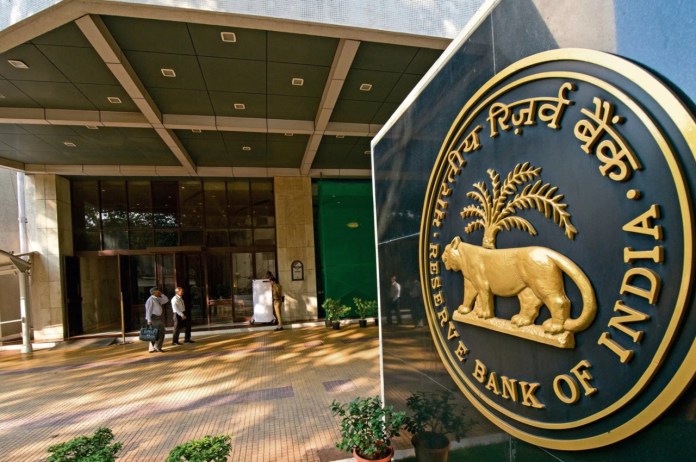 New Delhi: A combination of factors, including the Reserve Bank of India’s (RBI) interventions in the foreign exchange market and robust loan demand, has resulted in a large decrease in banking system surplus liquidity this month.

The amount of cash parked by banks decreased from an average daily absorption of Rs 1.88 trillion in July to Rs 1.26 trillion thus far in August, according to data from the RBI. From Monday through Thursday of this week, the daily absorption under the RBI’s liquidity adjustment facility (LAF) was below Rs 1 trillion.

The data also reveals that the central bank’s daily quantity of money deployed has decreased to less than Rs 1 trillion from the previous month, with more instances of this occurring.

Five times throughout the month of July’s 28 working days did bank funds parked with the RBI fall below the Rs 1 trillion threshold. Additionally, according to treasury officials, a significant bank’s cash flow calculations during indirect tax outflows at the end of July caused a sudden rush for funds that drove up money market rates.

There have been seven days in August’s 21 working days where the RBI’s average net absorption of surplus liquidity has slipped below the Rs 1 trillion threshold.

The rate at which the liquidity surplus has shrunk is telling given that the RBI has tightened monetary policy over the past few months. During the months of June and July, Rs 3.8 trillion in liquidity was absorbed on a daily average.

Since the end of July, as money market rates have converged more closely to the benchmark policy repo rate, the impact has also been felt on funding costs across the banking sector. Prior to then, money market rates were typically far lower than the repo rate because to the RBI’s massive liquidity injections since the start of the epidemic, which kept funding costs low.

“There has been an indication that the RBI has been intervening on the FX side, given what’s happening globally,” said Sakshi Gupta, principal economist with HDFC Bank. “But I think it’s a combination of higher credit growth plus the intervention that we have seen on the FX side. We have been seeing liquidity surplus in the system come down and there’s been a lot of volatility on that front since the last week – the second last week of July,” Gupta told Business Standard.

One of the main causes of the drain of excess cash has been the central bank’s defence of the rupee by sales of US dollars amid concerns about global growth and sharp hikes in interest rates by the Federal Reserve.

According to the most recent data available, the RBI net sold $3.7 billion on the spot market in June while buying $2 billion and $1.9 billion in April and May, respectively.

“Since the start of this year, geopolitical uncertainties and back-to-back rate hikes by the Fed have led to the weakening of emerging market currencies including INR. Forex reserves are likely to stay under pressure in the near term as DXY is back to its mid-July highs and oil prices are expected to stay elevated,” Ritika Chhabra, economist and quant analyst, Prabhudas Lilladher, said.

Some treasury officials even anticipate a liquidity imbalance in January to March due to the rupee’s projected continued weakness and the festive season’s expected increase in credit demand.

As a result of the tighter liquidity, banks are under pressure to aggressively mobilise deposits in order to meet the demand for loans from the plethora of upcoming festivals. As of August 12, bank credit increased 15.3% over the previous year, compared to an 8.8% increase in deposits.