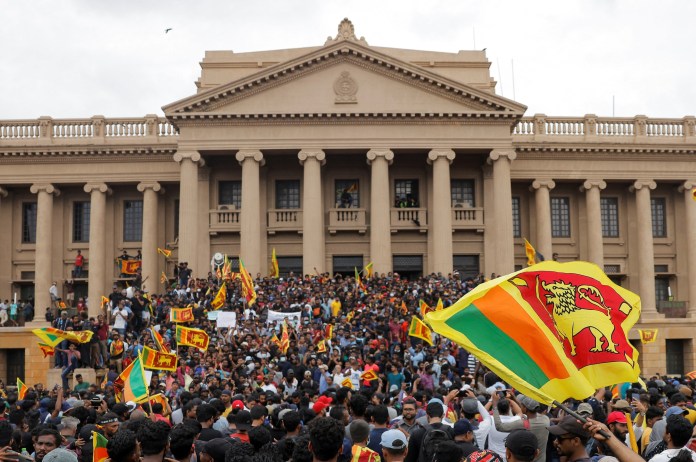 New Delhi: The government of Sri Lanka announced on Monday that the country’s inflation rate dropped from 69.8% in September to 66% in October, the first drop in a year as the island nation’s crisis-wracked shortages of food and gasoline alleviated.

Since 1948, when Sri Lanka gained independence, it has had its worst economic crisis, inflation has been a problem for about a year.

“The overall rate of inflation as measured by the Colombo Consumer Price Index (CCPI) on a year-on-year basis is 66 per cent in October 2022 and year-on-year inflation calculated for the month of September was 69.8 per cent,” the government statistics office said in a release.

The CCPI for all items fell by 0.9 index points in October, it was added.

In September, following the formation of a new administration led by President Ranil Wickremesinghe and the end of the anti-government demonstrations, he returned to Colombo.

Due to the currency issue, the government has announced its first-ever international debt default and has asked the IMF for a bailout package. Although a staff-level agreement for a USD 2.9 billion facility over 4 years was achieved at the end of August, the procedure has now been dragged down due to the necessity to restructure debt.

President Wickremesinghe expressed optimism that the debt restructuring process could be finished by mid-November when addressing a crowd.

“We will be in an advantageous position if we can go to the IMF by mid-December. If not, we should aim to obtain the IMF facility by January.”

The experts warn that due to a policy decision taken in 2021 to limit the use of necessary chemical fertilisers and pesticides, Sri Lanka is also experiencing a food scarcity.

This had “resulted in a major collapse in overall agriculture productivity, resulting in shockwaves of food shortages, exorbitant price hikes leading towards partial starvation,” according to a seminar held last week.

The impact of the fertiliser prohibition was greater than 67%, and a 54% decrease in average yield was noted.

Due to the currency crisis, Sri Lanka declared its default on its international debt in mid-April. The nation has a foreign debt of USD 51 billion, of which USD 28 billion must be repaid by 2027.

According to the most recent World Bank assessment, Sri Lanka has the fifth-highest rate of global food price inflation. Lebanon is at the top of the list, followed by Turkey, Zimbabwe, and Venezuela.

The 22 million-person nation has been dealing with shortages of basic necessities like fuel, food, and medicine for months after its foreign exchange reserves hit all-time lows, preventing imports and igniting previously unheard-of public discontent.