Sitharaman asks banks to be ‘ready to meet credit demand’ 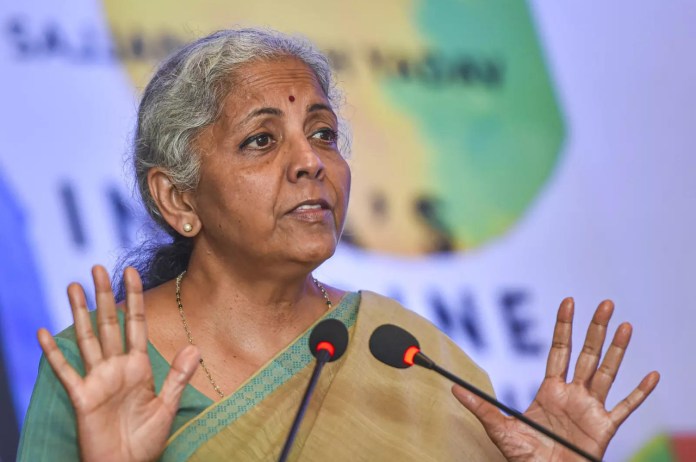 New Delhi: In her address to bank chief executives at the Annual General Meeting of the Indian Bank’s Association, Finance Minister Nirmala Sitharaman said that Indian banks must be ready to meet the credit demand in the economy, which is expected to further pick up in the wake of the holiday season and immediately afterwards as people are willing to spend money and businesses are willing to expand capacity and make additional investments.

“This year, during the festive season and immediately after the festive season there will be a lot of interest. There is an indication that people are willing to spend money, travel, businesses want to make additional investments, and expand capacities,” the finance minister said.

“If these things have to materialize, it has to be through you. You will have to keep yourself available and ready to ensure that the credit requirements are met on time without any compromise on diligence,” she added.

According to the most recent data, commercial bank credit growth reached a close to nine-year high of 15.5% year-over-year for the week ended August 26. Since November 1, 2013, when it was 16.1%, this is the highest level. Despite rising interest rates, the system’s credit growth has remained strong and widespread, topping 15% for two straight fortnights.

The most recent sectoral credit deployment report from the RBI for July 2022 noted that, in addition to the retail sector’s impressive rise of approximately 19%, supported by both secured and unsecured loans, credit to industry also experienced its strongest growth since 2014 as a result of increased need for working capital in an inflationary environment.

Due to the substantial increase in bond yields relative to bank lending rates, Indian corporations are now turning to banks for their financial needs. Loans to micro and small businesses increased across all industries by 28.3% YoY, medium businesses by 36.8% YoY, and large businesses by 5.2% YoY.

Indian banks must make plans for the Amrit Kaal, according to the finance minister. And for that, especially those in the public sector, they must become tech aware. Banks are required to employ web3, artificial intelligence, data analysis, and deep data dives to identify fraud, identify early warning indications, and for other purposes. However, banks must also remember that their systems are properly protected against all types of cybercrimes.

“Ensure that you have enough cyber protection and periodic drills to see that there are no loopholes that you have left without attending to,” Sitharaman said.

She emphasised the fact that public sector banks have shown themselves to be in good form by being able to raise capital from the market in the absence of capital infusions from the government. Law enforcement agencies have now made sure that money that was frozen in accounts that were flagged as frauds is returning to the banks, adding to their strength.

According to the finance minister, we will make sure that no fake account is left without being reported to the court and that the money is returned to the banks because they are the account’s custodians.

When discussing the significance of bank personnel speaking the local tongue, Sitharaman emphasised that banks cannot afford to hire people who are unable to communicate with locals in their own language and who demand that they do so in a certain language.

“You’re there for doing business, you’re not there to cultivate value systems for the citizens. Please review the kind of people who are getting posted in branch levels,” she said.

“If you have a problem of mixing and matching staff who can speak a local language and you have somebody in that region who can’t speak, keep him at the back door. Your recruitments will now have to have a lot more sensible ways of recruiting people,” she added.

She also emphasised the necessity for regional rural banks’ sponsor banks to pay them greater attention because these banks require assistance with system upgrades and digitisation. “They require help setting up accounts on internet platforms. Account Aggregators are required to go there. We require the agricultural infrastructure fund that the government established in order for the RRBs to be more effective, she said.