Rupee registers highest intraday gain in over a week 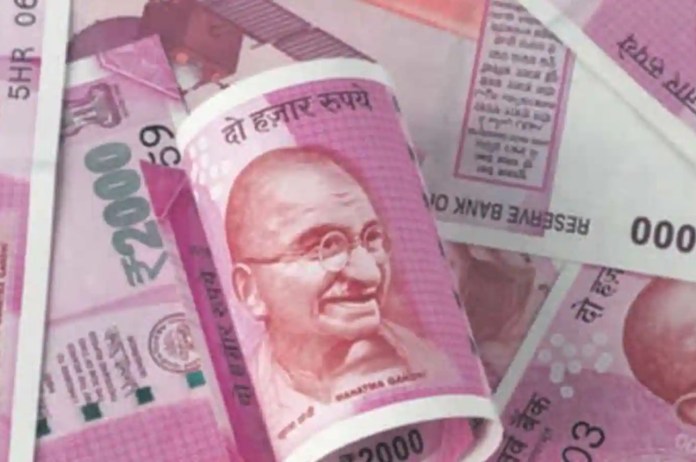 New Delhi: The rupee had its largest one-day rise in more than a week on Wednesday, thanks to dollar inflows, as better risk appetite powered a surge in stocks while the dollar suffered losses.

The partially convertible rupee closed at 79.4450 in its strongest session since August 5, according to Reuters, after a lengthy weekend break. On Friday, the currency had reached a low of 79.6550. On Monday and Tuesday, India’s foreign exchange markets were closed.

According to traders, the rupee bounced back from last week’s bad performance thanks to dollar credits gained by Indian exporters after the long weekend, a favourable risk environment, and lower oil prices.

Also Read :-Dogecoin, FunFair, Dogeliens: All Projects To Consider Before The Next Bull Run

“After nine consecutive months of outflows, having witnessed nearly $3 billion in foreign inflows so far in August despite global geopolitical and economic turmoil has been an achievement and the biggest supporting factor for the rupee,” Amit Pabri, managing director at Mumbai-based consultancy CR Forex, told Reuters.

“As long as the USD/INR pair remains in a consolidated range of 78.80 to 80.10, buy on dips and sell on uptick remains an ideal strategy to follow for near-term exposures,” he added.

According to PTI, the rupee surged versus the US dollar by 29 paise as strong domestic equity buying and ongoing international capital inflows boosted investor confidence.

Oil prices fell to a six-month low to trade around $92 per barrel after a string of dismal economic news from the world’s largest economies, causing concerns about how a future recession may effect petroleum consumption.

Rising oil prices this year were one of the biggest factors affecting the rupee because India is the third-largest importer of oil and has a significant trade deficit.

The markets will be watching for any indications in the Federal Reserve’s policy meeting minutes from its July meeting about how quickly interest rates may rise in the future.

The predicted dollar outflows by corporations and the US Federal Reserve’s continued hawkish stance nevertheless limited the rupee’s session gains.

“The fall in oil prices and risk on sentiment has helped the rupee to appreciate. However, there are corporate outflows lined up of over a billion dollars that will create demand for the dollar in the system,” Anindya Banerjee, head of research for forex and interest rates at Kotak Securities, told Reuters.