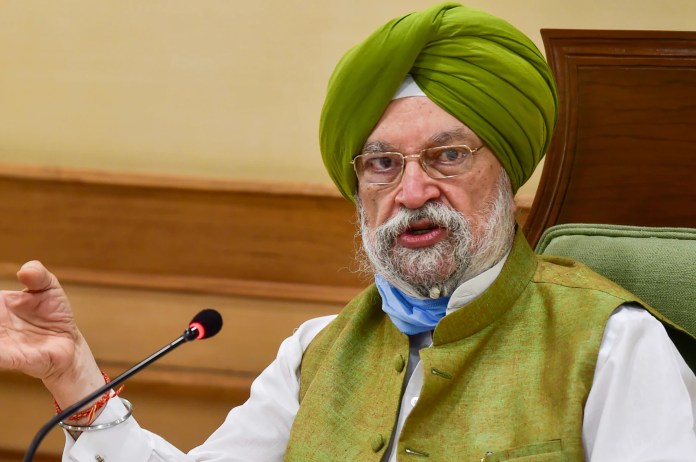 New Delhi: Oil Minister Hardeep Singh Puri stated on Wednesday regarding rumours of a price cut in the works as international rates have weakened that PSU oil companies are losing a net of Rs 4 per litre on diesel while their margins have gone positive on petrol.

“OMCs (oil marketing companies) still have under-recoveries on diesel,” he told reporters when asked if there is a price reduction in the offing.

The three companies maintained their rates despite a decade-high rise in global energy costs.

Diesel now has an under-recovery of roughly Rs 27 per litre (the gap between the retail selling price and the international rate), but the actual cash loss (the loss based on the actual cost of acquiring crude oil and converting it into fuel) is only about Rs 3–4 per litre.

The three fuel merchants reported a net loss of more than Rs 19,000 crore from April to June, and losses are also anticipated for the upcoming quarter.

Puri responded with an emphatic “yes” when asked if his ministry will seek financial aid to make up for the losses.

“The question is will you try for it and my answer is yes,” he said, refusing to discuss what relief will be sought. “The government is ceased of the issue.”

The three companies received a one-time subsidy of Rs 22,000 crore from the government last month to make up for the losses they incurred from selling home cooking gas (LPG) over a two-year period beginning in June 2020.

The expectation of a decrease in the price of gasoline and diesel had grown due to the easing of global oil prices. The price of the crude oil that India imports has dropped to USD 92.25 per barrel this month after rising to USD 116 per barrel in June.

If the price cut occurs, it will be the first since the government lowered excise duty on the two fuels on May 22 in an effort to protect consumers from rising global prices and control inflation.