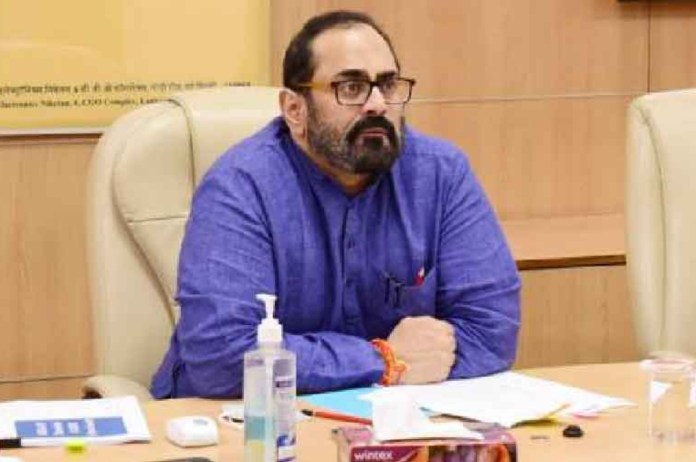 New Delhi: The draught legislative framework to promote “India’s techade” is anticipated by early 2023 as a substantial amount of effort has been put into the proposed Digital India Act, according to Minister of State for IT Rajeev Chandrasekhar.

The remarks take on significance in light of the fact that India is making quick progress toward a solid framework that would support its digital objectives and regulate the online ecosystem, with openness, user safety, and trust serving as its guiding principles.

The administration has maintained that crucial legislation that would serve as the foundation for the “new India” and its digital architecture will be framed with considerable input.

Asked about the status of Digital India Act, which will replace the IT Act, Chandrasekhar said: “A significant amount of work has been done on it, and we expect that in early 2023, under PM’s leadership, a legislative framework for India’s techade will be placed in front of the country.”

The minister proclaimed that the government intended to hold thorough consultations on important laws.

He made it clear: “We are not operating on artificial timelines.”

He stated that the IT Act 2000, which is more than twenty years old, will be replaced by the future law, the Digital India Act, but he made no mention of any specific provisions.

Chandrasekhar added that internet-related legislation, regulations, and legal precedent will keep changing. It is important to note that the government recently changed the rules regarding information technology, and as a result, it will create appellate panels to settle disputes that users may have regarding decisions made by social media platforms like Twitter and Facebook regarding the hosting of controversial content.

Notably, social media platforms like Twitter and Facebook operating in India will have to abide by local laws and the constitutional rights of Indian users. The new IT rule amendments now impose a legal obligation on social media companies to make all reasonable efforts to prevent barred content and misinformation.