Irked over low price Gujarat farmers give garlic for free 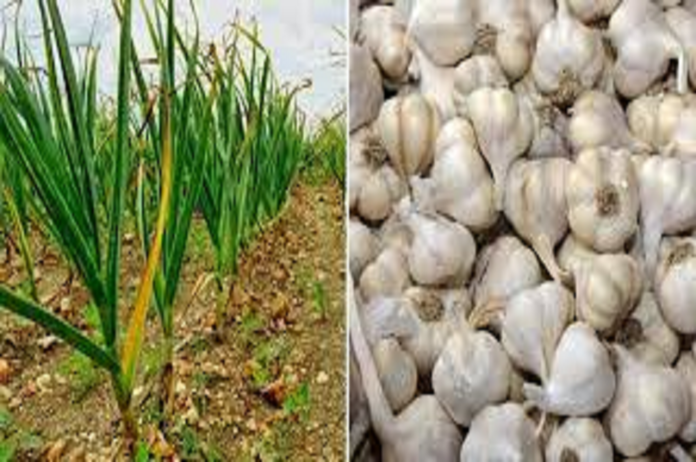 Gandhinagar: Farmers are giving their produce for free to the poor people in response to a drastic decline in the price of garlic on both the open market and the Agriculture Producer Market Committee (APMC).

4,000 kilogrammes of garlic will be distributed in Gandhinagar by the Gujarat Kisan Sangathan on Saturday.

According to Gajendrasinh Zala, state president of Gujarat Kisan Sangathan, the cost of producing one acre of garlic costs Rs 37,100, and the yield is 3,000 kilogrammes. Garlic is currently selling for just Rs 150 for 20 KG in the market. Therefore, for crops harvested on an acre of land, the farmer barely makes Rs 22.50.

Farmers are suffering a net loss of Rs 14,600 per acre, according to his complaints. Farmers’ long-standing requests for the state and federal governments to additionally announce MSP for horticulture crops have also been ignored. Regrettably, governments do nothing to aid when market prices are collapsing.

According to him, if farmers don’t receive excellent prices during this season, they would cultivate less in December, which will result in a shortage the next year and other issues.

As a response to the situation, Agriculture Minister Raghavji Patel told reporters in Rajkot that he would bring up the issue with the Centre to set the MSP for garlic because it was a concern for the central government.

Chairman of the Gujarat State Cooperative Marketing Federation (GujCOMasol), Dilip Sanghani, expressed shock over the protest but assured the farmers that a solution would be found by creating value-added products and manufacturing them so that the farmers wouldn’t have to sell their produce for pennies on the dollar.