Even though sequential growth slowed down in June, India's eight infrastructure sectors experienced double-digit growth for the second consecutive month. 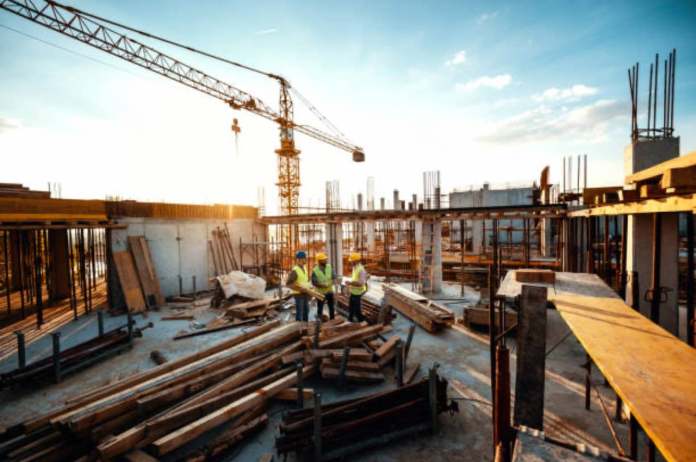 According to information made public by the industry department on Friday, the core sector expanded 12.7% year over year in June while contracting 4.1% sequentially.

ICRA’s senior economist, Aditi Nayar, noted that core sector growth had moderated pretty broadly, from 19.3% in May to 12.7% in June, which reflects the base’s resetting.

“The core sector reported 8 per cent growth in June 2022 from the pre-Covid level, with a healthy performance from all the sectors, except steel and crude oil. In line with the moderation in the YoY performance recorded by most high-frequency indicators, as well as the core sector in June 2022, we expect IIP growth to ease to around 11-13 per cent in that month,” she said.

The core sector data’s disaggregated trends are incredibly inconsistent, ranging from a contraction of 1.7% for crude oil to a strong rise of 31.1% for coal.

Except for coal, June saw double-digit rise in cement, refinery products, and power generation; growth in steel and natural gas was much more subdued.

Madan Sabnavis, chief economist at Bank of Baroda, said core sector growth is impressive given a high base of 9.4 per cent in June 2021. “The pick-up in economic activity meant that power demand increased and coal production kept pace. After June, due to the monsoons, we can expect a moderation for coal. We may expect industrial growth for the year to be closer to the 9-10 per cent mark in June,” he added.

The International Monetary Fund (IMF) cut its GDP prediction for India for FY23 by 80 basis points, to 7.4%, citing less favourable external conditions and the central bank’s quickening of monetary policy.

A global recession in 2022 is ruled out by the growth projection of 3.2%, according to the IMF’s update to the April World Economic Outlook, but there are a number of variables that could harm the performance of the global economy, it added.

Inflation in India stayed above the RBI’s upper tolerance range in June for a sixth consecutive month.

Following an off-cycle rate increase of 40 basis points in May, the six-member Monetary Policy Committee (MPC) of the RBI increased the repo rate by 50 basis points on June 8.

A second rate increase is anticipated by analysts at the MPC meeting on August 5.