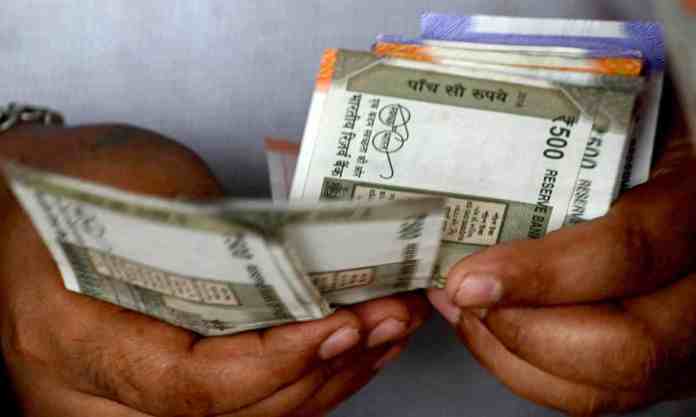 New Delhi: India’s foreign exchange reserves dropped to $572.71 billion, the lowest level in more than 20 months, after declining by $7.54 billion in the week ended July 15, according to figures issued by the Reserve Bank of India (RBI) on July 22.

As of November 6, 2020, foreign exchange reserves were last lower.

The central bank’s involvement in the foreign exchange market to stop the decline of the Indian currency, which has fallen to numerous all-time lows versus the US dollar over the last few weeks, is reflected in the reserves’ sustained and rapid decline.

The rupee’s value in relation to the dollar initially crossed the 80/dollar threshold on July 19.

Governor Shaktikanta Das reaffirmed the RBI’s goal to reduce volatility on July 22 at an event, despite the fact that it operates without a set level of exchange rate.

In his speech, Das said the RBI will “continue to engage with the forex market and ensure that the rupee finds its level in line with its fundamentals”, adding that the central bank had “zero tolerance for volatile and bumpy movements”.

There has been a significant decline in reserves over the past few months, despite the RBI’s assertion that it has an adequate level of foreign exchange reserves to handle the fallout from global developments, including capital outflows in response to geopolitical tensions, rising interest rates in advanced economies, and a widening trade deficit.

Foreign exchange reserves have decreased by around $70 billion since their peak of $642.45 billion on September 3, 2021.

The country’s foreign exchange reserves have decreased by $60 billion since Russia invaded Ukraine. The rupee has fallen by 6.7% against the dollar over the same period, notwithstanding the central bank’s dollar sales.

The RBI earlier this month proposed measures – both short and long term – to stimulate foreign inflows, including allowing the settlement of foreign commerce in rupees, in addition to halting the rupee’s decline by selling dollars.