India’s economy likely to grow at 6.8% in current fiscal year; CAD projected to zoom to 5.5% of GDP in Q2 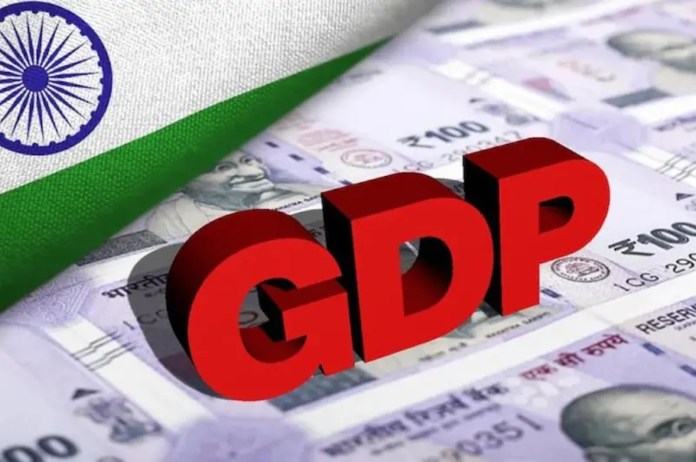 New Delhi: The ongoing conflict between Russia and Ukraine has resulted in a global episode of higher inflation. Despite the fact that commodity prices have fallen significantly from their high, concerns about global growth continue, driven in part by a substantial monetary tightening that is set to last at least until December. Motilal Oswal Financial Services analysts claim that India currently appears to be exempt from the problems associated with high inflation and weak growth.

However, over the coming few months, this isolation will dissipate. While analysts raised India’s real GDP growth for FY23 to 6.8%, they kept their FY24 prediction mostly constant at just 5.5%, which is substantially lower than the industry average of 6.3%.

“A serious global recession presents a downside risk to our below consensus growth forecast,” they said.

The RBI has reportedly maintained its growth projections at 7.2% despite drastically raising the policy repo rate since April of this year. The most developed economies, in contrast, have significantly revised their growth projections downward. A substantial impact of the global monetary tightening is anticipated on GDP in CY23/FY24, as seen by Motilal Oswal’s prediction of 5.5% growth in contrast to the market consensus of over 6.3%.

While retaining FY24’s inflation projection at 5.2%, it has decreased the CPI inflation forecast for FY23 from 7% to 6.7%. “We do not expect headline inflation to fall towards the medium-term target of 4% before FY25. However, it is likely to ease towards 5.0- 5.5% in FY24, similar to real GDP growth,” it added.

Since the repo rate is currently 5.4%, economists have increased their prediction for the terminal repo rate by December from 5.5% to 6.0. According to the experts, RBI may need to postpone its rate hike event in FY24 and continue to take solace in the 5% headline inflation rate for many more months. The firm expects just two more rate increases: one of 35 basis points later this month and another of 25 basis points in December, which would result in a terminal repo rate of 6% by year’s end.

However, economists warned that another rate hike might be anticipated in February of the following year, raising the repo rate to 6.25% for this cycle, if the RBI continues to be concerned about the rupee and places greater emphasis on the 4% target. Since India’s external situation has also deteriorated quickly, the current account deficit (CAD), a crucial indicator of a country’s balance of payments, is predicted to increase to 3.7% of GDP in the first quarter of FY23 and reach a peak of 5.5% of GDP in the second quarter, resulting in a decadal-high CAD of 3.8% of GDP in FY23.

In contrast to 1.2% during the previous fiscal year, the RBI’s bulletin stated that India’s CAD is anticipated to stay within 3% of GDP in 2022–23. According to a Motilal Oswal analysis, India’s foreign exchange reserves could decrease to $530 billion this year. As a result, it is anticipated that the Indian Rupee (INR) would reach 82/USD in 4QFY23E and continue to trade above 80/USD in 2023.