India’s agricultural and processed food products export up by 25% at $1,3771 mn in Apr-Sep 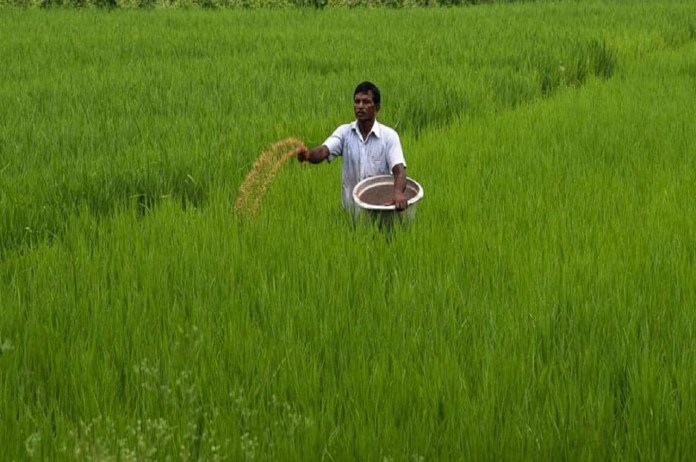 New Delhi: India’s agricultural and processed food products exports rose to $1,3771 million in April-September from $1,1056 million over the same period of last fiscal, as per the provisional data released by the Directorate General of Commercial Intelligence and Statistics (DGCI&S).

As per the provisions data, for the year 2022-23, overall export of Agricultural and Processed Food Export Development Authority (APEDA) products increased to $13771 million in April-September 2022 from $11056 million over the same period of the last fiscal year.

For the year 2022-23, an export target of $23.56 billion has been fixed for the agricultural and processed food products basket and an export of $13.77 billion has already been achieved in these six months of the current fiscal, Ministry of Commerce & Industry said in a statement.

Processed fruits and vegetables recorded a significant growth of 42.42 per cent (April-September 2022), while fresh fruits registered 4 per cent growth as opposed to corresponding months of the previous year.

In April-September, 2021, fresh fruits were exported to the tune of $ 301 million which increased to $ 313 million in the corresponding months of the current fiscal.

The export of meat, dairy & poultry products increased by 10.29 per cent and the export of other cereals recorded a growth of 12.29 per cent in six months of the current fiscal.

The poultry products alone registered a growth of 83 per cent as its export rose to $57 million within the half-year bracket of the current fiscal.

Similarly, dairy products recorded a growth of 58 per cent as its export rose to $342 million.

As per the DGCI&S data, the country’s agricultural products exports had grown by 19.92 percent in the latest FY of 2022 to touch USD 50.21 billion. The growth rate is significant as it is over and above the growth of 17.66 percent at USD 41.87 billion achieved in the previous FY 2020-21 and has been accomplished despite unprecedented logistical challenges in the form of high freight rates and container shortages, etc, the statement said.

The rise in the export of agricultural and processed food products is the outcome of centre’s initiatives for export promotion of agricultural and processed food products such as organising B2B exhibitions in different countries, exploring new potential markets through product-specific and general marketing campaigns by the active involvement of Indian Embassies.

Several initiatives have also been taken to promote products having registered geographical indications (GI) in India by organizing virtual buyer seller meets on agricultural and food products with the United Arab Emirates and on GI products, including handicrafts with the US.