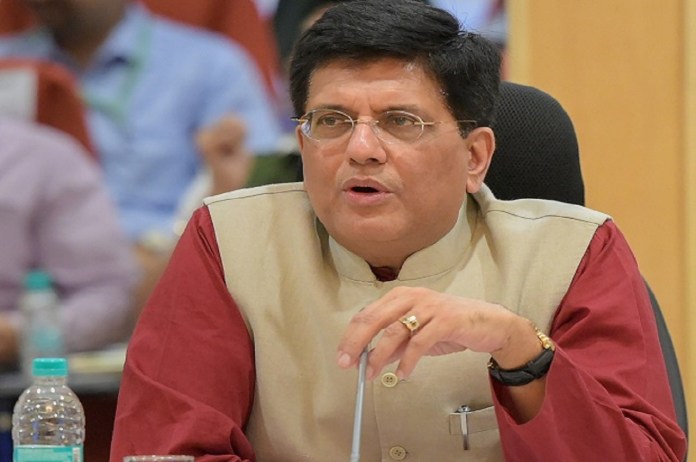 New Delhi: The government will bring a holistic decriminalisation law at the upcoming winter session of Parliament to end the harassment faced by businesses, Union Minister of Commerce Piyush Goyal said on Friday.

While addressing the 117th Annual Session of the PHD Chamber of Commerce here today, Goyal said decriminalising sections of various laws will end the harassment faced by businesses and reduce compliance burden.

Stating that the government pursued a broad based and consensus based development model across sectors and businesses, he urged the Chamber and all stakeholders to give their suggestions and feedback before the winter session of the Parliament so that their inputs can be included in the proposed bill.

He said that India-Canada FTA negotiations were ongoing and said that the government was striving to get more market access to developed nations for the Indian products and services through FTAs.

“India has been working with developed nations which are high-income, high-consumption countries to maximise our exports which will in turn lead to more employment generation in the country.”

He said that the government is ensuring that FTAs are fair, balanced and equitable for both parties involved.

India continues to be one of the fastest growing economies and successfully continues to rein-in inflation compared to the rest of the world, the minister said.

Goyal elaborated on the National Single Window System (NSWS) into which all central and state ministries and in due course local governments too are being integrated.

He said one single portal would help get all approvals without any physical interface. Over 32 ministries and several states have been on-boarded on the NSWS and there are 18,000 approvals already being granted on the portal, he said and asked industry to use NSWS effectively so that they may give feedback to improve the portal.

The Minister also highlighted the recent development of Open Network for Digital Commerce (ONDC) which has begun beta-testing in Bengaluru.
He said that the government was trying to democratise e-Commerce so that even small businesses in remote parts of the country can enjoy benefits of digitization and e-Commerce. This will open up new opportunities to many more entrepreneurs and startups, he added.