Amid increasing risk sentiment and a stabilisation in oil prices, foreign investors poured a little over Rs 51,200 crore into the Indian equity markets in August, making it the greatest inflow in 20 months. 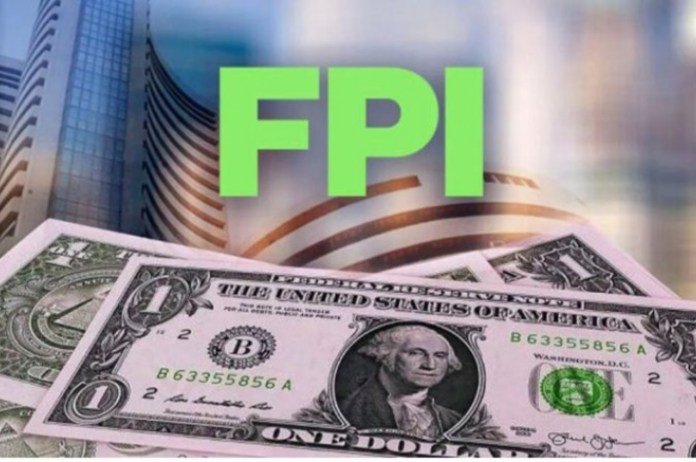 New Delhi: Amid increasing risk sentiment and a stabilisation in oil prices, foreign investors poured a little over Rs 51,200 crore into the Indian equity markets in August, making it the greatest inflow in 20 months.

This comes after Foreign Portfolio Investors (FPIs) made a net investment of around Rs 5,000 crore in July, according to statistics from depositories.

After nine months of significant net outflows that began in October of last year, FPIs began to become buyers in July. They withdrew Rs 2.46 lakh crore from the Indian equities markets between October 2021 and June 2022.

Given the US Federal Reserve’s ongoing rate hikes and quantitative tightening, Manish Jeloka, Co-head of Products and Solutions at Sanctum Wealth, predicted that FPI flows to India will continue this month as well, but at a slower rate than in August.

FPI flows will be determined by inflation, dollar prices, and interest rates, according to Arpit Jain, Joint Managing Director at Arihant Capital Markets.

Data from depositories show that during the month of August, FPIs invested a net amount of Rs 51,204 crore in Indian stocks. Since December 2020, when they invested a net Rs 62,016 crore in stocks, this was the largest investment by foreign investors.

According to Jain, FPIs are continuing to buy despite a strong dollar and rising bond yields because of the correction in Indian stocks as well as declining oil and commodity prices, particularly those for steel and aluminium.

Due to decreasing gasoline costs, US inflation decreased from a 40-year high in June to 8.5% in July. Due to declining food costs, consumer price index-based retail inflation in India slightly decreased to 6.71 percent in July from the 7.01 percent recorded in June.

According to Himanshu Srivastava, Associate Director – Manager Research, Morningstar India, there are a number of reasons for the net inflows during the past few weeks.

Although inflation is still high, it has recently increased less than anticipated, which has improved attitudes. This fueled expectations that the US Fed will be relatively less aggressive with its rate raise than expected previously, he observed.

According to him, this reduced US recession worries to some extent and increased investors’ willingness to take risks.

According to Jeloka of Sanctum Wealth, India’s inflation position is substantially better than that of developed economies, and it is predicted to fall below the RBI’s tolerance ceiling of 6%.

FPIs took advantage of this chance to hand-pick excellent businesses. He continued, “They are currently purchasing shares of financial, capital goods, FMCG, and telecom companies.”

Additionally, during the month under review, FPIs invested a net total of Rs 3,844 crore in the debt market.

With the exception of India, August saw positive flows in Indonesia, South Korea, and Thailand and negative flows in the Philippines and Taiwan.

FPI flow volatility has been extremely high to start the month of September. FPIs purchased stocks on the first day of the month for a net amount of Rs 4,262 crore, but they immediately sold them for Rs 2,261 crore.

“This erratic trend is due to the uncertainty regarding dollar index and US bond yields,” said V K Vijayakumar, Chief Investment Strategist at Geojit Financial Services.

The currency and bond yields have peaked, and the Fed will become less hawkish than it is right now when inflation begins to decline. This will enable more cash to flow into emerging markets, with India now being the greatest one to invest in, he noted.