Deities Lakshmi-Ganesha may appear on Indian notes? Know how 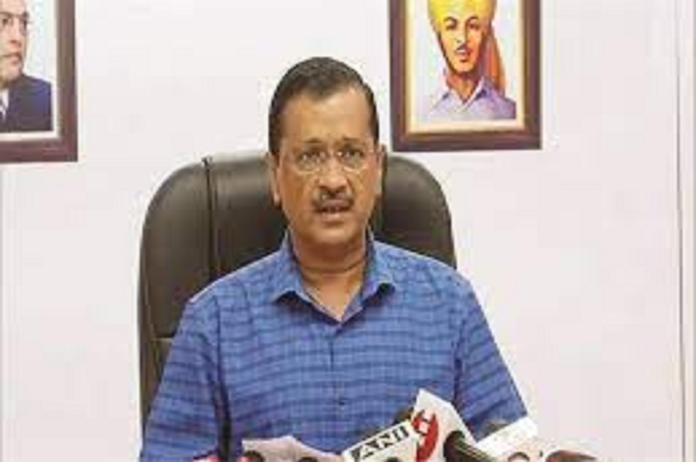 New Delhi: Arvind Kejriwal, the chief minister of Delhi, has urged Prime Minister Narendra Modi to consider the putting the image of Lord Ganesha and Goddess Lakshmi on Indian currency in order to “better the economic status of the country.”

“Today I appeal to the central government and Prime Minister Narendra Modi. On Indian currency there is a photo of Gandhi ji, let that be, on the other side of currency, a photo of Shri Ganesh Ji and Lakshmi ji should be put. “As I said we have to make lot of effort to improve the economic situation of our country. But also with that, we need blessings from Gods and Goddesses. The whole country will get blessings if on currency notes, there is a photo of Ganesh Ji and Lakshmi ji on one side and Gandhi ji on other side,” Kejriwal said in his appeal.

“If Indonesia can do it; choose Ganesh Ji, so can we… I will write to the centre tomorrow or the day after tomorrow to appeal for it… we need the almighty’s blessings apart from the efforts to settle the economic condition of the country,” Kejriwal said.

Lord Ganesha is inscribed on the 20,000 rupiah note of Indonesia.

India’s foreign exchange reserves during the week that ended on October 14 fell to an over two-year low of USD 528.367 billion, a drop of USD 4.5 billion from the previous week.

In the preceding week, the country’s foreign exchange reserves were at USD 532.868 billion, RBI data showed.

The largest component of India’s foreign exchange reserves, its foreign currency assets, decreased by USD 2.828 billion to USD 468.668 billion during the course of the week, according to statistics from the RBI.

During the week, the value of gold reserves fell by USD 1.5 billion to USD 37.453 billion.

According to the RBI data, the value of India’s Special Drawing Rights (SDRs) with the IMF decreased by USD 149 million to USD 17.433 billion during the week under review. The reserves have been declining for several months as a result of the RBI’s anticipated market intervention to protect the weakening rupee against an advancing US currency.

For the record, while the US dollar strengthened against key global currencies over the past several weeks, the Indian rupee also weakened and just touched new record lows.