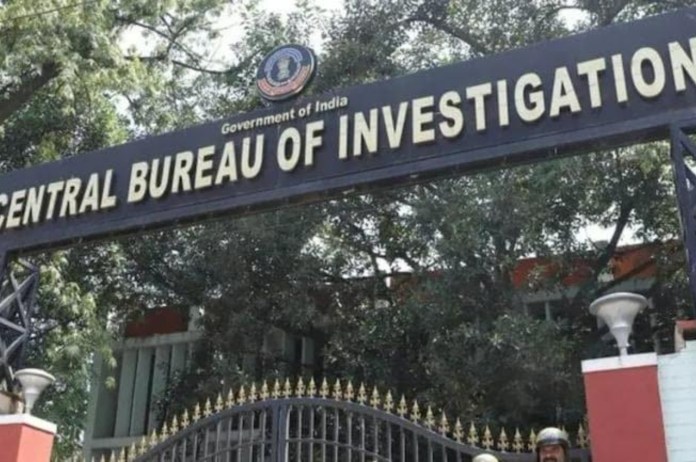 New Delhi: ABG Shipyard and 24 other people, including its CMD and senior officials, have been charged with loan fraud in a case involving Rs 22,000 crore.

The accused used the funds to purchase properties across the nation, according to the agency’s initial chargesheet in the case. The CBI has determined that transactions of Rs 5000 crore were made through a variety of channels.

State Bank of India, the complainant, said in its complaint that the accused had defrauded a group of 28 institutions, lead by ICICI Bank, resulting in a fraud of Rs 22,842 crore. According to the CBI, the accused is accused of transferring sizable sums to its affiliated parties, after which adjustment entries were made.

By rerouting the bank loans, significant investments were made in its overseas business. Additionally, it was claimed that money taken from banks was used to buy enormous assets in the name of the associated parties.

On February 12, searches were previously carried out at roughly 13 different places, and this resulted in the discovery of multiple damning papers, including the borrower company’s accounting records, purchase and sales information, share registers, various contract files, etc.

Numerous witnesses were questioned during the investigation, including representatives of the aforementioned private company and bank officials.

On September 21, the CBI detained the Promoter and Chairman at the time. Investigation revealed that the accused had colluded with others to incorporate a number of businesses both inside and outside the nation with the aid of his staff, and had continued to syphon off and divert bank cash.

During the investigation, it was discovered that the accused fraudulently syphoned off a sizable sum of the bank/business fund of the aforementioned private company, creating a sizable number of personal assets in the form of immovable properties like opulent flats, multistory buildings, and lands (with a current value in crores).

The defendants are accused of falsifying and misrepresenting the company’s audited books as well.

According to the CBI, its investigations have shown that ABG Shipyard’s three Singapore-based offshore group firms obtained multiple bank guarantees fraudulently between 2010 and 2013 as a result of bogus contracts, causing an alleged diversion and subsequent loss to the banks.