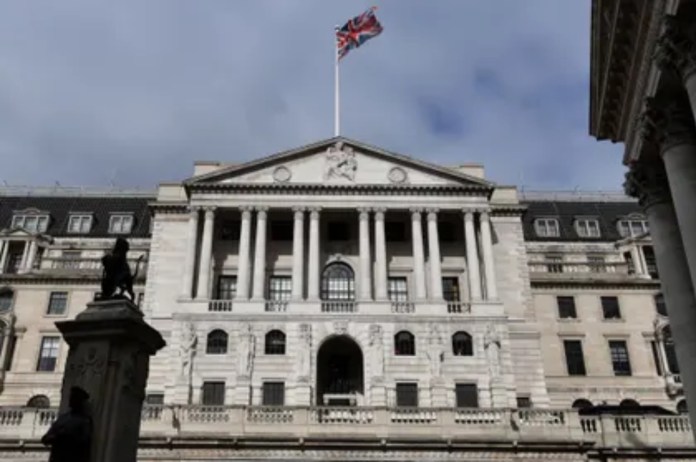 New Delhi: After a decline in British gilt prices following a government fiscal statement on Friday, the Bank of England announced on Wednesday that it would buy as many long-dated government bonds as necessary between now and October 14 to stabilise financial markets.

The BoE also announced it will postpone the start of a programme to sell down its 838 billion pounds ($891 billion) of holdings in government bonds, which was scheduled to begin next week. The BoE cited potential threats to the financial stability of the UK.

It further stated that it remained committed to cutting its holdings of bonds purchased during its quantitative easing programme in the wake of the global financial crisis and during the COVID-19 pandemic by 80 billion pounds over the course of the coming 12 months.

Before the BoE announcement on Wednesday, British 30-year bond yields reached their highest level since 2002, and dealers said it was getting harder and harder to purchase and sell bonds because nobody wanted to take the risk of keeping such a volatile asset.
The BoE said that it was forced to step in. The Treasury promised to defend the operations.

“Were dysfunction in this market to continue or worsen, there would be a material risk to UK financial stability,” the BoE said. “This would lead to an unwarranted tightening of financing conditions and a reduction of the flow of credit to the real economy.”

The size of the central bank’s intervention was not constrained by any set parameters.

When the pandemic shook markets in March 2020, the BoE last acted in the gilt market to calm the situation, adding hundreds of billions of pounds to its dormant quantitative easing programme.

As opposed to previously, the BoE stated on Wednesday that the intervention would only be momentary and would be “unwound in a seamless and orderly manner once risks to market functioning are assessed to have receded.”

Despite this, the intervention immediately affected the market. The 30-year gilt yields decreased by about 50 basis points, reversing Tuesday’s declines but remaining significantly higher than they were at the end of the previous week.

The unfunded tax cuts included in the new finance minister Kwasi Kwarteng’s first budget statement on Friday have caused the markets to tremble.

“With the announcement just now (the BoE) have put something of a floor under the market in the short term. However, the procyclical fiscal policy remains and as such the respite may not be long-lasting,” said Charles Diebel, head of fixed-income strategy at Mediolanum Asset Management.