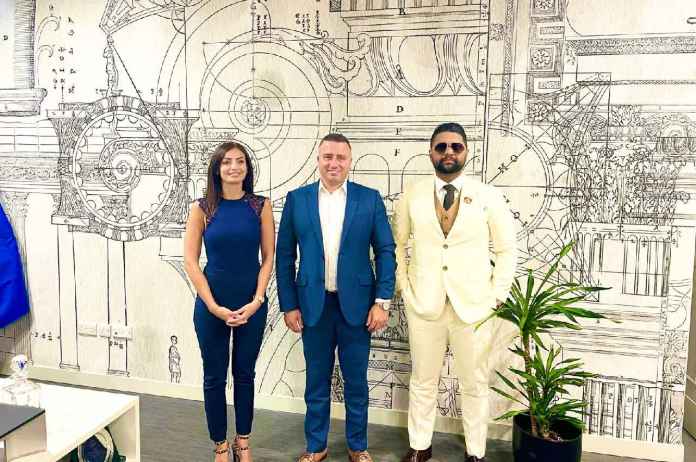 It is really astounding to know about all those working across varied industries of the world, putting in every possible effort in order to reach the top of their respective niches. Many of these professionals and entrepreneurs make sure to spare no effort, hustle each day and innovate consistently in order to reach their highest potential and do their best in all that they choose to lay their hands on. This has what led most of them to become their best versions and also ignited the fire in other budding talents to listen to their hearts and create their unique path to success. We noticed how Huzefa Vana, who is seen as one of the most promising entrepreneurs, did the same and imbued more hope, positivity, and motivation in many other aspiring talents with the massive success he created throughout his journey.

Recently, this passionate entrepreneur has been making even more buzz, for he did a meeting with the Malta government, which turned out to be super successful. Speaking more on the same, Huzefa Vana says, “We thought it was a great step to push forward growth in the tourism sector in Malta and hence, I met with the tourism minister honorable Clayton Bartolo and the Member of Parliament Rosianne Cutajar, where we discussed about Indian tourists and the many celebrities visiting the much-talked-about country Malta in Europe.”

Huzefa Vana was thrilled to be a part of the said meeting and thought the meaning to be extremely fruitful. In fact, while speaking to the media, he even talked about how the Maltese citizens are known for being welcoming. They are humble, know how to respect one another, and also exude positive energy around them. He further told them how he finds the Maltese citizens to be highly trustworthy, which is one of the major reasons that he feels has helped Malta grow so much.

Together, Huzefa Vana and the above-mentioned dignitaries talked about how more and more Indians can be taken to Malta, and what strategies can be developed for promoting tourism in the country, and many other business-related things.

All in all, Huzefa Vana thought this meeting to be productive, and now, he is looking forward to taking many more steps ahead in attracting more tourism in Malta.