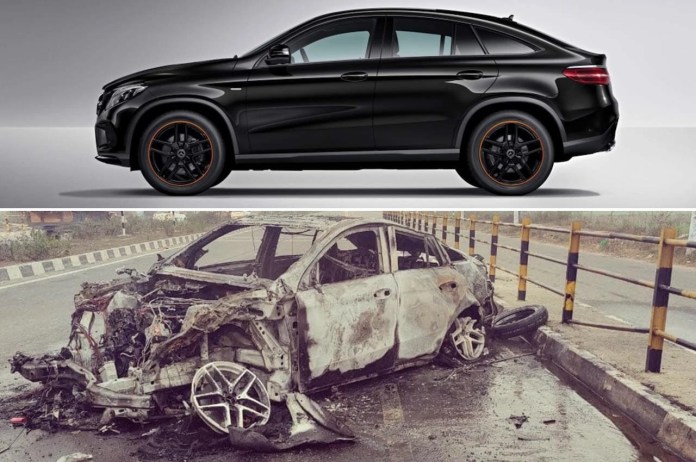 New Delhi: Indian team’s wicketkeeper Rishabh Pant’s car met with an accident on the Dehradun-Delhi highway on Friday morning. The car was completely burnt after the accident. At the same time, Rishabh Pant has been admitted to Max Hospital in Dehradun for better treatment.

According to the information so far, Rishabh Pant was traveling in the Mercedes-AMG GLE43 Coupe at the time of the accident. This car was sold in India from 2017 to 2020 for a little less than one crore (ex-showroom). Later it was launched in the market with the new model.

The SUV-Coupe hybrid car is powered by a 3-litre V6 biturbo engine mated to a nine-speed auto gearbox. The petrol engine can generate a maximum power of 362 bhp and 520 Nm of peak torque.

According to the information, the Mercedes-AMG GLE43 Coupe can accelerate from 0-100 kmph in just 5.7 seconds. The top speed of this 5 seater SUV is 250 kmph.

Like most Mercedes cars, the AMG GLE 43 4MATIC Coupe is also equipped with safety technology. The car gets features like seven airbags, traction control, all-wheel drive etc. This Mercedes is considered very safe.

ANCAP has given a five out of five safety rating.

According to experts, due to the excellent safety feature, Rishabh Pant did not get hurt much. It is being said that all the airbags of the car were opened after the accident. ANCAP has given this Mercedes a five out of five safety rating.

CCTV footage of the accident has also come to the fore. It is seen in the footage that the speed of the car was very fast at the time of the accident. The car fell victim to the accident after hitting the divider. According to media reports, Rishabh has sustained injuries on his head, back and legs.