Vehicles to launch in October 2022 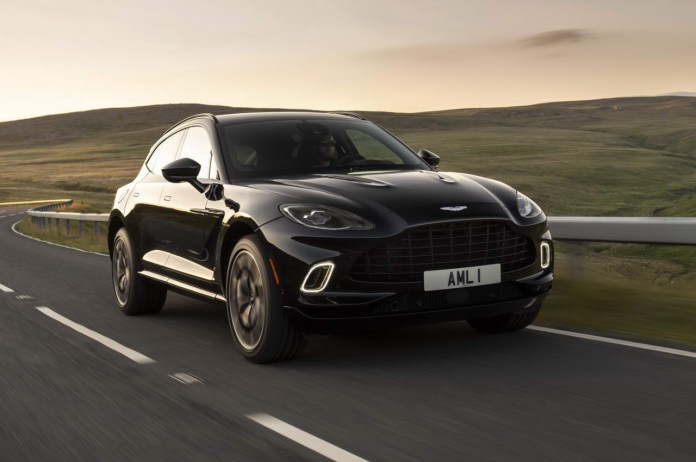 New Delhi: Festive season is just around the corner. With an aim to cash in the occasion, car manufacturers and two-wheeler makers have started rolling out new products in the market.

In October 2022, there will be several new model launches across different segments. Here’s a brief on the upcoming 4upcoming  new SUVs and 1 electric scooter, which are ready to hit roads next month.

Aston Martin is all set to launch its most powerful SUV in India – the DBX707. Prices of the model will be announced on 1st October 2022. Under the hood, the SUV employs a 4.0L, V8, twin-turbo engine paired to a 9-speed automatic gearbox.

The motor delivers a claimed power of 700bhp and 900Nm of torque. It’s claimed to accelerate from 0 to 100kmph in 3.5 seconds and attain a maximum speed of 292kmph.

BYD (Built Your Dreams) has confirmed that it will launch the Atto 3 electric SUV in India on 11th October 2022. The model will be assembled here from SKD (semi-knocked down) kit and it’s estimated to cost around 25-35 lakh (ex-showroom).

The leaked brochure scan reveals that the new BYD electric SUV will come with a 49.92kWh BYD Blade battery delivering a range of 345km on a full charge.

It will also be available in a long-range version featuring a 60.49kWh battery offering a range of 420km on a single charge. The BYD Atto 3 will be made available with three charging options – the standard 3-pin plug AC charger, AC charging (Type 2), and DC fast charging (Standard – 70kW, Extended – 80kW).

The unit will support wireless Apple CarPlay and Android Auto connectivity. It gets a 7-inch fully digital configurable instrument cluster. The 2022 MG Hector facelift could be offered with the Level 2 ADAS (advanced driver assistance system) along with the leather wrapped armrest and a new multi functional steering wheel.

The motor promises a peak power of 130bhp and 230Nm of torque. The exiting 1.5L diesel unit (115bhp/300Nm) will also be on offer. The new XUV300 will feature Mahindra’s new Twin Peaks logo with a rectangular grille with chrome inserts and new alloy wheels. A few upgrades will also be made to its interior. More details here…

Hero MotoCorp’s first electric scooter will be major two-wheeler launch next month. The company has confirmed that the model will go on sale on 7th October 2022. In the e-scooter space, the new Hero electric scooter will take on the Bajaj Chetak and TVS iQube. Its prices, however, are likely to be lower than its rivals.

The model has been developed at Hero’s Jaipur R&D centre and it will be manufactured at the company’s Andhra Pradesh plant. As of now, the name and specifications of the upcoming e-scooter are not available.