Toyota India is going to reveal the price of its hybrid SUV Toyota Urban Cruiser Hyryder this week. Know features: 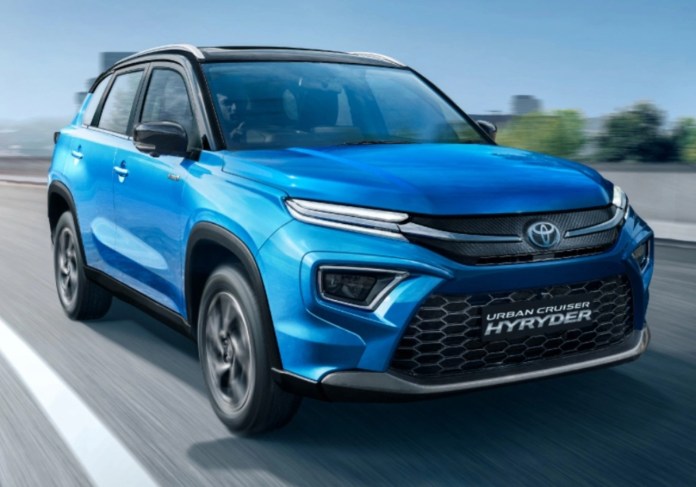 People are eagerly waiting for this hybrid SUV with powerful look, great features, strong engine and tremendous mileage. Before the launch of Toyota Urban Cruiser Highrider, you also know 5 special things about it.

The Toyota Urban Cruiser Highrider measures 4.36 meters in length, 1.79 meters in width and 1.63 meters in height. The wheelbase of this SUV is 2.6 meters. Weighing 1275 kg, this hybrid SUV has a fuel tank of 45 liters.

The Toyota Urban Cruiser Highrider is powered by a 1.5 liter 3 cylinder petrol engine coupled with a 177.6 V Lithium Ion battery pack that generates 114 bhp power and 122 Nm torque. It gets manual as well as eCVT transmission option.

Powered by the E-drive transmission with 2WD, the Toyota Urban Cruiser Highrider and being a self-charging strong hybrid electric vehicle is capable of driving 40 percent of the distance and 60 percent of the time on electric (EV) or zero emission mode.

It also gets a segment first 4 wheel drive option. You will have the option of buying a mild or strong hybrid variant of the rider.

Bookings of Toyota Urban Cruiser Hyride are going on since last 2 months and this hybrid midsize SUV is getting good response. You can also book a highrider for a token amount of Rs 25,000. Its delivery will start in the upcoming festival season. The starting price of Toyota Highrider can be Rs 10 lakh.