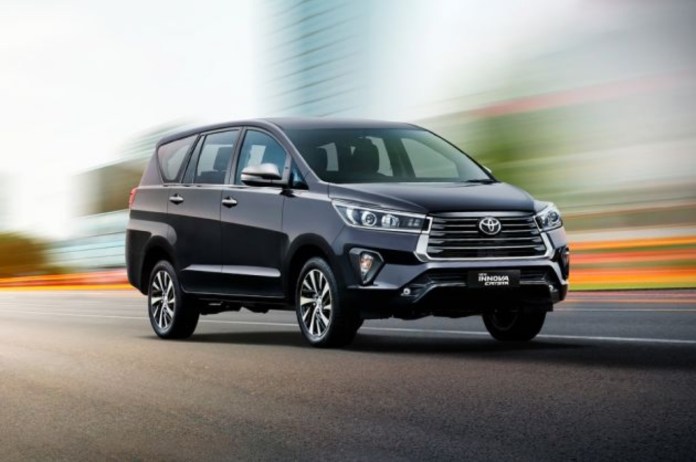 New Delhi: Toyota will continue to sell the existing Innova Crysta in India with a focus on the recently launched Innova Highcross and will soon bring back a diesel version as well. However, the electric avatar of the current Crysta can also be seen in the future, as the company recently showcased an electric concept version as well. About which we have already talked. For now, this electric version is a concept study, but there is every possibility of it coming to the market in the future. Also, the Innova Crysta Hybrid can currently be sold with the Hybrid Innova Highcross. The Innova Crysta EV has been prepared as a concept. Which was recently spied during on-road testing. Which shows that it is not just a concept car but much more than that.

The current Innova Crysta currently comes with a petrol engine, while the diesel version will be brought back early next year to attract more fans. The EV version of this car will be quite interesting and as an electric MPV it will be quite different. BYD’s e6 is currently available in this segment.

HOW TO DRIVE IN SNOW SAFELY, CHECK TIPS HERE!

There will be a change in look

To make the Innova Crysta EV stand out, it may get some significant visual upgrades. In which some special EV features including new paint scheme and blanked off grill can be given. It will be interesting to see the Innova Crysta as an EV and it will appeal to most of the fleet customers as well.

How is the Innova Highcross?

In India, the Innova Hycross was introduced recently and gets a hybrid powertrain with a 2.0 L petrol engine. While it is based on a new platform and comes with a more premium cabin, it is a major change from the current Innova. The prices of the Innova Highcross will be officially revealed soon and sales will start soon along with bookings. The Innova Highcross is a mileage focused car. But at the same time retaining the existing Toyota Innova Crysta in the line-up would be a big deal.