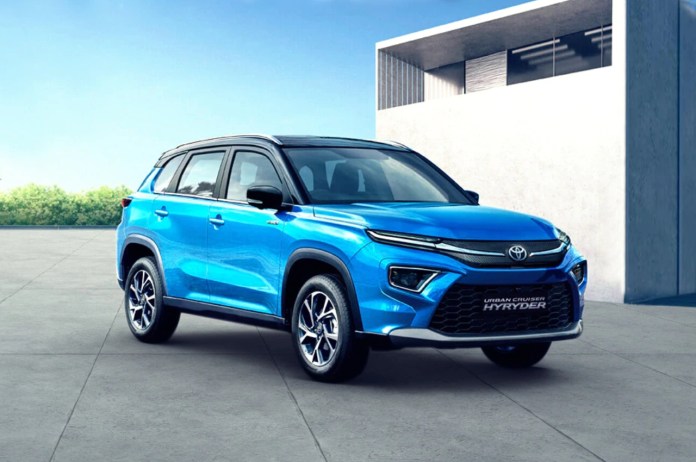 New Delhi: After booking the Toyota Urban Cruiser Highrider, Toyota has spread happiness on the faces of the people waiting for its delivery before Diwali. In fact, the delivery of this car, which was launched in India only last month, has started. The company introduced this SUV car with two hybrid power options in E, S, G and V variants. Apart from this, there is a lot to be seen in it.

The Urban Cruiser Highrider SUV car comes in the company’s C-segment. The company has launched this car globally from India itself. The company has prepared this car on its global TNGA-B platform. In this, you get a thin chrome strip, front grille like Toyota Glanza and lower-position LED headlamps with LED DRLs have been used. The car also gets hybrid badging on the side along with disc brakes on all the tyres.

Also Read :- Keeway SR125 was launched at THIS price

The SUV will be powered by a 1.5-L K-series petrol engine with an Integrated Starter Generator (ISG) that produces 100 hp of maximum power and 135 Nm of peak torque. Apart from this, a strong-hybrid setup is also seen in the car. In which 1.5-L TNGA engine, which produces maximum power of 91 hp and peak torque of 122 Nm. Along with this, the engine has also been attached to an electric motor (79hp/141Nm). This SUV is available with a 5-speed manual (MT), 6-speed automatic or ECVT gearbox.