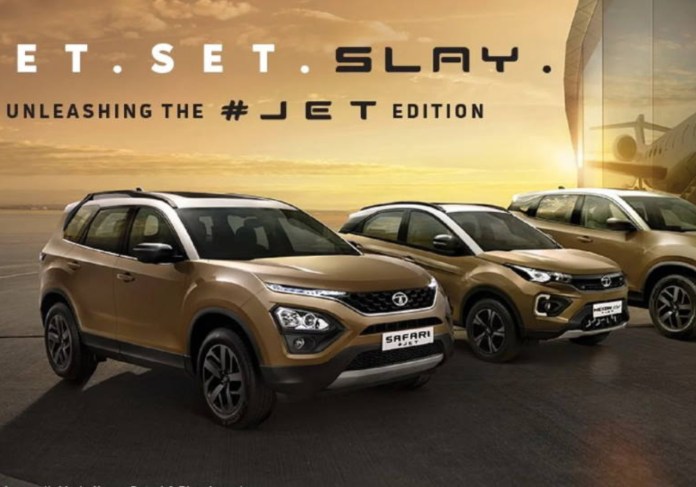 New Delhi: The new breed of Tata cars is getting an unprecedented response from car buyers. The company is ranked third with more than 14% market share in the list of top car manufacturers in the country.

Tata Motors has now released a new teaser showing the updated Nexon, Safari and Harrier. The new teaser revolves around the luxurious and sophisticated lifestyle of customers with a desire for premium details.

Tata Motors is likely to introduce special editions instead of facelifts for Harrier and Safari. The company reveals that the new update will allow customers to “Soar in the ultimate luxury.” The new update will also be offered in the Nexon range. There are two Nexons in the trailer, suggesting that the Nexon EV is expected to receive these changes.

The new models will come with a white contrasting roof. The Tata Harrier and Safari special editions are likely to come with leather seats and leatherette elements on the dashboard and door trims. The addition of soft plastics on the center console and on the top of the dashboard is also expected.

Similar updates are likely to be offered on the Tata Nexon and Nexon EV as well. The previous trailer had “Jet. File. Slay” in it, which is missing from the new teaser. For the uninitiated, the word Jet can refer to a new gasoline engine, as the word was previously used for engines.

The updated Tata Harrier and Safari are likely to come with a bigger infotainment system; however, the teaser shows the existing infotainment unit.

This suggests that Tata could introduce special editions of the Safari and Harrier instead of a major update. It is expected that Tata Motors could introduce new versions to further boost sales during the festive season, ahead of Diwali.

The Tata Safari and Harrier are powered by a 2.0-litre four-cylinder turbo diesel engine that produces 170 bhp of power and 350 Nm of torque. Transmission options include a 6-speed manual and 6-speed automatic with torque converter.

Updated versions of the new models will also get a 1.5 liter petrol engine. The Nexon compact SUV is offered with two engines – a 1.2-litre turbo-petrol and a 1.5-litre turbo-diesel.