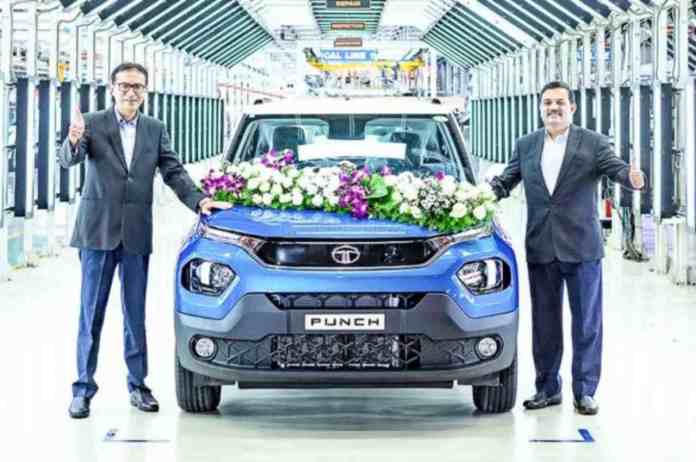 New Delhi: The dominance of Tata Motors is increasing in the Indian car market. Especially in the SUV segment, Tata Motors has a significant dominance. Tata Group’s auto company got a tremendous boost from Tata Nexon first in the SUV segment. Now the company’s recently launched small SUV Tata Punch is also making a splash in the market. It is also being well liked by Indian customers, on the basis of which Tata Punch has set a great record within just 10 months of its launch.

Tata Motors said in a statement on Thursday that it has produced the one lakh unit of the sub-compact category SUV Tata Punch. Tata Motors launched this SUV in October last year. This means that it did not take even a year for Tata Punch to reach the 1 lakh production mark. Tata Punch has set this ‘milestone’ in just 10 months.

With the help of Tata Punch, the company has tried to target customers who want to buy an entry-level SUV. Launched in October this year, the biggest highlight of the Tata Punch is its five-star safety rating. Right now it is available only in petrol engine, but Tata is preparing to bring its diesel and electric variants as well. Its ex-showroom price in Delhi starts from Rs 5.48 lakh.

Tata Motors claims that the Tata Punch is India’s first subcompact SUV. The company also claimed in the statement that this is the first SUV to cross the 01 lakh production mark in just 10 months. The company said that people are loving the Tata Punch due to its stunning design, robust performance and best-in-class five-star safety.

The company said that the Tata Punch is the newest addition to the ‘New Forever’ range. It has been given features like 7-inch touchscreen system, digital instrument cluster, auto AC, automatic headlight, connected car tech and cruise control. It has consistently remained one of the top 10 best selling cars in the country since its launch. Last month i.e. in July 2022, Tata Punch made a sales record. Punch sold 11,007 units in July