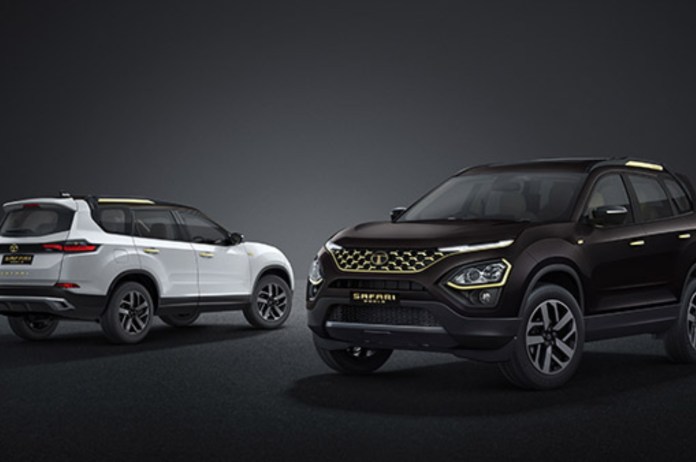 New Delhi: In the past few months, we have seen several spy shots of the Tata Harrier and Safari test mules, which were reported to be their petrol versions. Rajan Amba, vice president of sales, marketing and customer care at Tata Motors, said in a press release that the company is not considering petrol variants of its flagship SUVs.

The Tata diesels are good enough to offer “the handling expected of an SUV”. Currently, the Harrier and Safari are available with a 2.0-litre diesel engine that produces 168bhp and 350Nm.

Earlier reports said that Tata is working on a new 1.6-litre turbocharged direct injection petrol engine that will be more powerful than the MPFI engines. Power is said to be around 160bhp and 250Nm of torque. It could be offered with an automatic transmission, paddle shifters and multiple driving modes. Well, that’s ot going to happen anytime soon.

It is said that the domestic automaker will provide Tata Harrier and Safari SUVs in the middle age. Spy images reveal that the 2023 Harrier facelift will get several cosmetic changes and feature enhancements.

It is likely to come with a 360-degree surround camera, ventilated seats, an air cleaner and an infotainment unit with Android Auto and Apple CarPlay wireless connectivity.

Talking about the updated Tata Safari, the SUV is likely to be offered with ADAS (advanced driver assistance system). It could get a larger touchscreen infotainment system with wireless smartphone connectivity and a 360-degree camera.

In other updates, the domestic automaker is all set to launch its most affordable electric car on September 28, 2022. Dubbed the Tata Tiago EV, the model is likely to be priced around Rs 10 crore. It can be equipped with a 26kWh battery and a 75 hp electric motor. Its range is expected to be around 300 km on a full charge.