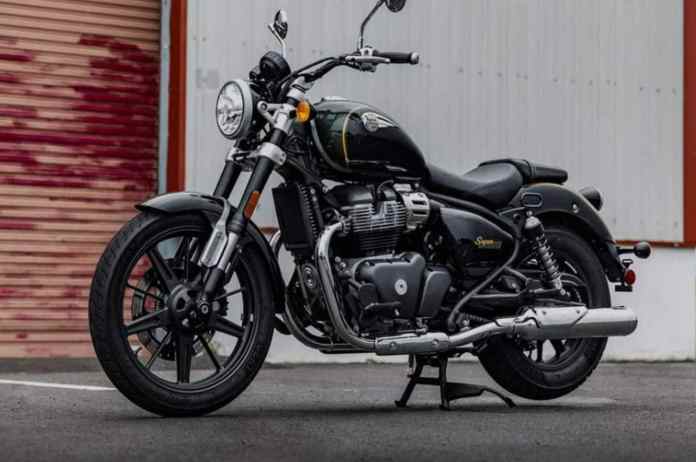 New Delhi: Classic bike maker Royal Enfield’s Super Meteor 650 has become the first bike in the 650 segment to get tripper navigation along with 43mm Showa inverted telescopic forks. At the same time, it will compete with bikes like KTM 390 Adventure, BMW G 310 GS, TVS Apache RR 310 in India.

Royal Enfield Super Meteor 650 has been launched in India at an initial price of Rs 3,48,900 (ex-showroom). The Super Meteor 650 from Royal Enfield is the third motorcycle to use the 648cc parallel twin. The company uses this engine in its Interceptor 650 and Continental GT 650. In which there is a roadster and the other is a cafe racer bike.

Five-step preload adjustability twin shocks are seen in its rear. Halogen head and tail lamps are available in the Interceptor and Continental GT. Whereas in Super Meteor 650, along with the LED unit, a USB charging port has also been provided.

A 648 cc engine has been used in the Super Meteor, which generates 47 hp at 7,250 rpm and 52.3 Nm of torque at 5,650 rpm. It is paired with a 6-speed transmission. This cruiser bike has been introduced in two variants – Solo Tourer and Grand Tourer.