Let us tell you the possible details of the look and features of the Himalayan 450 and Super Meteor 650. 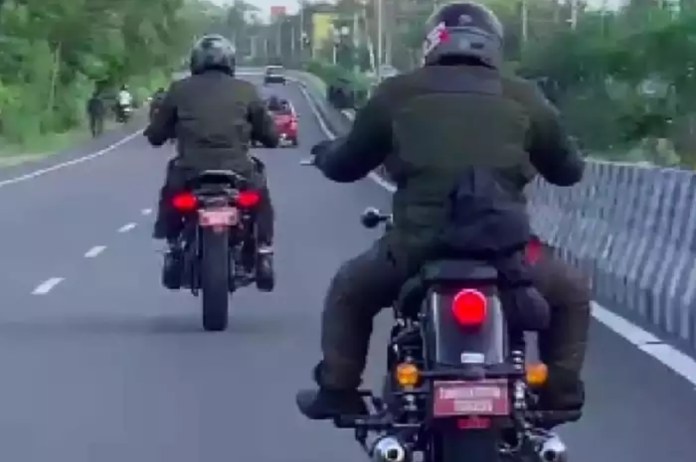 New Delhi: Royal Enfield is ready to create a ruckus in the Indian market and the company has started it with the launch of Hunter 350 in the past. Now in the coming time, the company is going to present its adventure bike Himalayan with 450 cc engine. Along with this, the company is also preparing to launch its powerful cruiser bike Super Meteor 650. Recently, both these motorcycles of Royal Enfield were spotted together during testing, after which the market of discussions has heated up that they will be launched soon. Let us tell you the possible details of the look and features of the Himalayan 450 and Super Meteor 650.

Adventure bike Himalayan is currently in 411 cc and now the company is preparing to introduce Himalayan with 450 cc engine. This bike can be developed on a new platform named K1. It may see some cosmetic changes compared to the current model. Himalayan 450 will be powered by a 450cc single cylinder liquid cooled engine, which will be able to generate power up to 45bhp. It can have a 21-inch front wheel and a 17-inch real wheel. On the other hand, in terms of looks and features, it can get some different features like fuel tank, smaller windscreen, tubeless tyres, spoke wheels, single seat, flat handlebar and tripper navigation. The Himalayan 450 can be launched in India in the price range of Rs 2.7 lakh to Rs 3 lakh.

Royal Enfield is all set to launch its most powerful cruiser bike, the Super Meteor 650, in the festival season this year, which will be placed above the Interceptor 650 and Continental GT 650. Talking about its expected look and features, it will get circular headlamps, round headlamps, large windscreen, forward foot pegs, twin pipe exhaust system, 19-inch front wheel and 17-inch rear wheel, bigger instrument console, more powerful engine, better gearbox. Many special features will be seen including comfortable seat, luggage carrier, smartphone connectivity and tripper navigation. The Super Meteor 650 can be launched at an initial price of up to Rs 3.5 lakh.