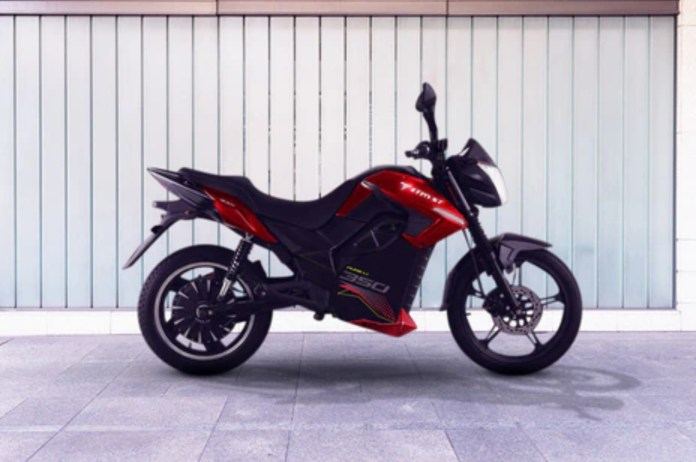 New Delhi: Electric two-wheeler company Pure EV has launched its first electric motorcycle Pure EV Etryst 350 in the Indian market. The company has given this bike such a look that you will think of it as a petrol bike. The special thing is that the bike is 140 km. Offers a range of up to It is also no less than any petrol bike in terms of speed. It has been brought in three color options – Blue, Black and Red. Influenced by the ‘Make in India’ initiative, this bike has been designed, developed and manufactured at its center in Hyderabad.

The Pure EV ETRYST 350 electric motorcycle is powered by a 3.5kWh battery. Once fully charged, this battery can travel up to 140 km. Offers a range of up to The top speed of the bike is 85 kms. is per hour. The load capacity of the bike is 150 kg. 5 years / 50 thousand km on the in-house battery pack given in the company bike. Offering warranty up to Rs. The company claims that the performance of the ETRYST 350 electric motorcycle is comparable to that of a 150cc motorcycle.

The price of this electric motorcycle has been kept at Rs 154,999 (ex-showroom). Initially it will be made available in metro cities and tier-1 cities. It will be sold through the company’s 100 dealerships. It gets three drive modes – Drive, Crossover, and Thrill. Where its range reaches 60KM in drive mode, 75KM in crossover and 85KM in thrill.