The SUV is the company's first mid-size hybrid and is based on the Toyota Urban Cruiser Hyryder of 2022. Check: 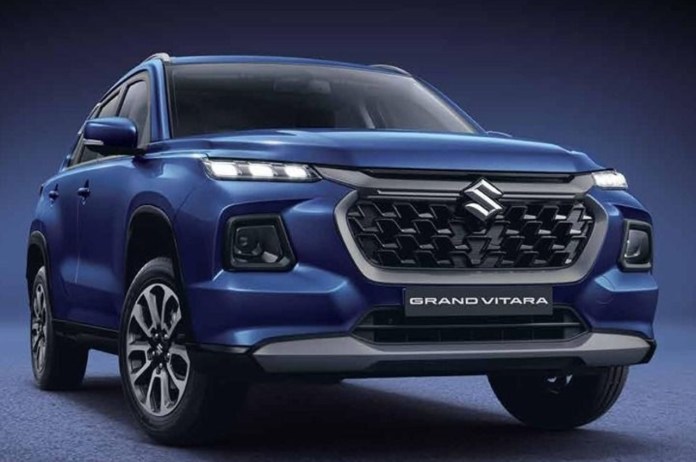 Both the SUVs promise the best mileage in India for any petrol vehicle and will challenge the status quo in the mid-size segment dominated by Hyundai Creta and Kia Seltos.
The Toyota Urban Cruiser Hyryder was recently launched in the country, though pricing has been revealed partially, only for the powerful hybrid variants.

This pricing announcement combined with earlier reports of Maruti Suzuki Grand Vitara price leaks gives us an insight into Maruti’s plans for the Grand Vitara.

Given the Hyryder’s pricing, and given the history of the Maruti Suzuki-Toyota partnership, we now know that India’s largest automaker will keep the new powerful hybrid variants of the Maruti Suzuki Grand Vitara priced more competitively than the 2022 Toyota Urban Cruiser Hyryder.

This gives validity to earlier leaked prices of the mid-size SUV. According to the leaked prices, the SUV will come with a starting price of just Rs 9.5 lakh, ex-showroom.

Conversely, the Hyundai Creta starts at Rs 10.44 lakh, ex-showroom. The Grand Vitara will be sold in a total of 7 trim levels namely Sigma, Delta, Zeta, Alpha, Alpha AWD, Zeta Plus and Alpha Plus.

The powerful hybrid powertrain consists of a 1.5 liter Atkinson cycle power plant that is paired with an electric motor and battery to deliver a combined output and torque of 114 hp and 122 Nm.

The transmission unit here is an e-CVT. Moving on to the mild-hybrid variants, they use a 1.5L NA petrol engine with 48V mild-hybrid technology that produces a rated power of 101bhp and 136Nm of peak torque.

Transmission options will include a 5-speed MT and a 6-speed AT. This engine will also be available in an AWD configuration with a manual transmission only. AWD trims will also come with multiple drive modes – Sport, Snow, Auto and Lock.

In terms of features, the Grand Vitara is loaded to the gills. It features a panoramic sunroof, head-up display, ventilated front seats, 360-degree parking camera and more.

The company also confirmed that the top trim with the AWD setup and Maruti Suzuki’s 1.5-litre mild-hybrid variant will be priced at Rs 17.09 lakh, ex-showroom.

The brand has not yet announced the prices of the remaining trims, which should be released soon.

New Delhi: In the middle of the summer, shops are still selling winter clothing...
Education

New Delhi: In the middle of the summer, shops are still selling winter clothing...
Education