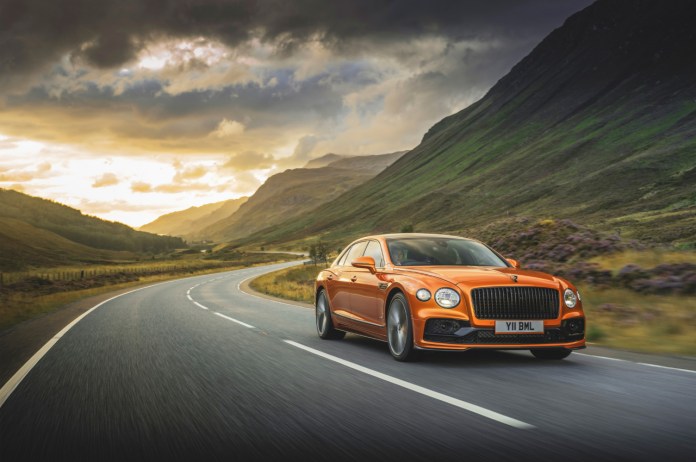 It also marks the return of the Speed ​​brand to the Flying Spur range after skipping an entire generation. It features cosmetic and mechanical modifications that distinguish it from the regular model.

On the outside, the Flying Spur Speed ​​has similar styling cues to those found on the automaker’s other Speed ​​models. Its front fascia, headlights, taillights and 22-inch wheels all feature a dark tint. Bentley also says the fuel and oil caps are now “bejeweled”.

Inside, the Speed ​​​​is equipped with Dinamica fabric and the dashboard now has modified graphics. The cabin also features sportier-looking pedals, Speed ​​lettering on the seats and illuminated door sills. 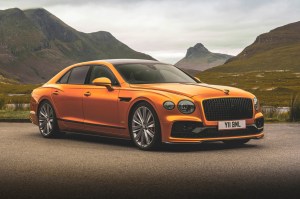 Power is routed through the ZF eight-speed dual-clutch automatic transmission also used in the Bentley Continental GT and delivered primarily to the rear axle. Active four-wheel drive means power is sent to the front wheels when needed. 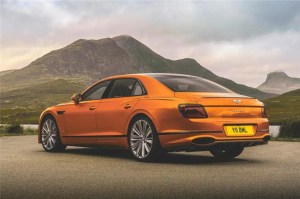 Other systems included as standard include electronic all-wheel steering, the Bentley Dynamic Driving System and torque vectoring, all of which help improve handling and improve agility.

Stopping power is provided by the same 420mm diameter iron brakes as on the Continental GT – the largest fitted to a production car in the world.