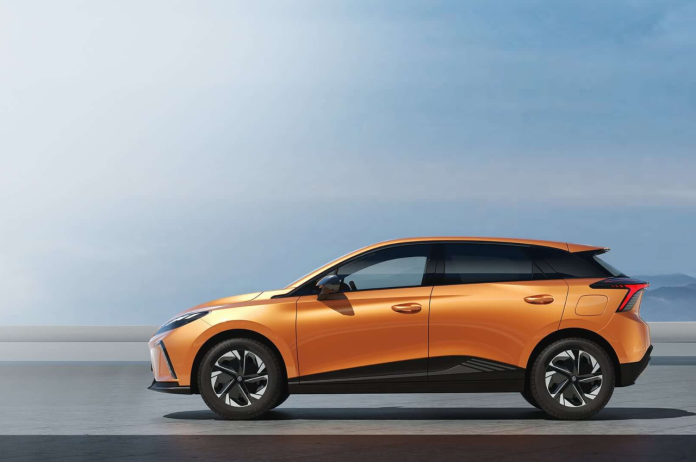 New Delhi: British carmaker MG Motor has introduced its all-electric hatchback MG4 EV in the United Kingdom. The company has said that the electric vehicle will be based on its Modular Scalable Platform (MSP), making the car, its most technologically advanced EV offering.

The car will be launched at a starting price of £25,995 (Rs 24,90,682 approx) and will be available in six colours – Arctic White, Holborn Blue, Black Pearl and Dynamic Red joined by two new MG colours: Camden Grey and Volcano Orange.

Here, we take a look at top things we need to know about the MG4 EV:

At the back, the hatchback features a pair of crisp, thin brake LED lights. The sides feature contrasting skirts with a smooth, flowy design running towards the rear end.

The all-electric hatchback gets hi-tech features such as a 10.25’’ floating infotainment screen and a 7’’ driver display with Apple CarPlay/Android Auto connectivity.

MG Motor recently launched its ZS EV all-electric SUV in India and has hybrid options available in its Hector brand. The company has plans to launch an all-electric small car in India and the launch of MG4 EV has fueled the anticipation.