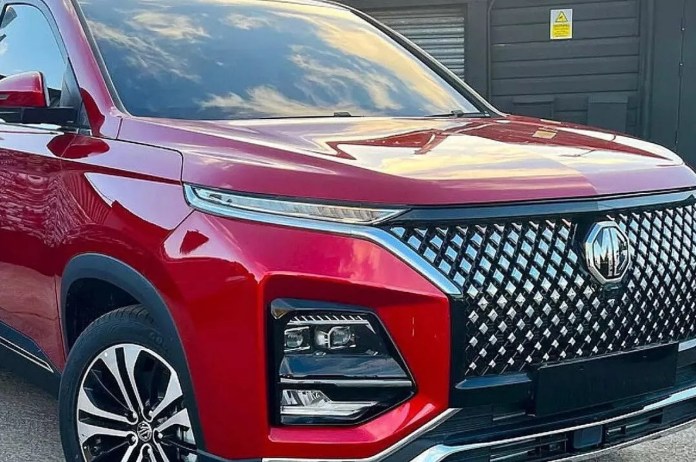 New Delhi: There is also a lot of demand for mid-size SUVs in the Indian market. From Tata to Mahindra, Hyundai and MG Motors compete with each other in this segment. MG sells its MG Hector in this segment. It has been the best selling car for the company. Hector recently achieved the milestone of rolling out its 1 lakhth units. However, the MG Hector is lagging behind in terms of sales compared to the Scorpio N, XUV700, Hyundai Alcazar and Tata Harrier. Now the company is going to bring this mid size SUV in a new avatar. Although its pictures have been leaked even before launching.

Ahead of the official launch, a video of the 2023 MG Hector SUV was shared by the Fuel Injected YouTube channel. The video was taken down shortly after. A lot is going to change till the look and features of the new Hector. The new facelift gets a 14-inch infotainment system, which is the biggest display in its segment.

A new start/stop button, new infotainment driver display, new AC vents, ventilated seat button next to the gear lever, 360 camera are visible on the dashboard. Many remote functions like open/close sunroof, switch on/off climate control, vehicle start, door lock will be available in it. Its most important feature will be ADAS. This feature will be available with the top-spec variant.

This is the look

Talking about the design, now it has been given a bigger and diamond mesh grille, which strengthens the road presence. Top-mounted LED DRLs have been given in it. There is a common housing for the headlamps and fog lamps. The side profile remains largely the same as before. At the rear, the SUV gets an updated rear bumper and slightly redesigned taillights. It will get the same 1.5-litre naturally aspirated petrol and 2.0-litre diesel engines as before.